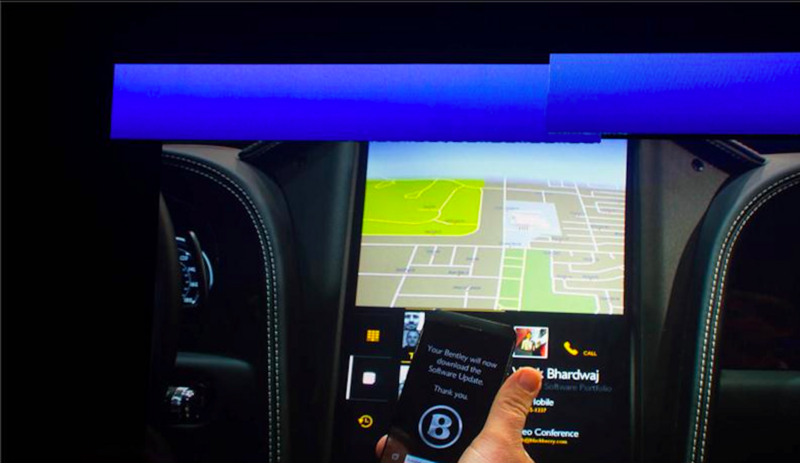 The QNX Bentley has just taken to the stage at BlackBerry Live and the whole OS is actually running BlackBerry 10. A perfect demo of this was the car receiving a BBM video call from Vivek - clearly this doesn't work while driving!

We'll try to get some hands on time with the car later so keep your eyes peeled. The future for BlackBerry 10 is looking sweet.