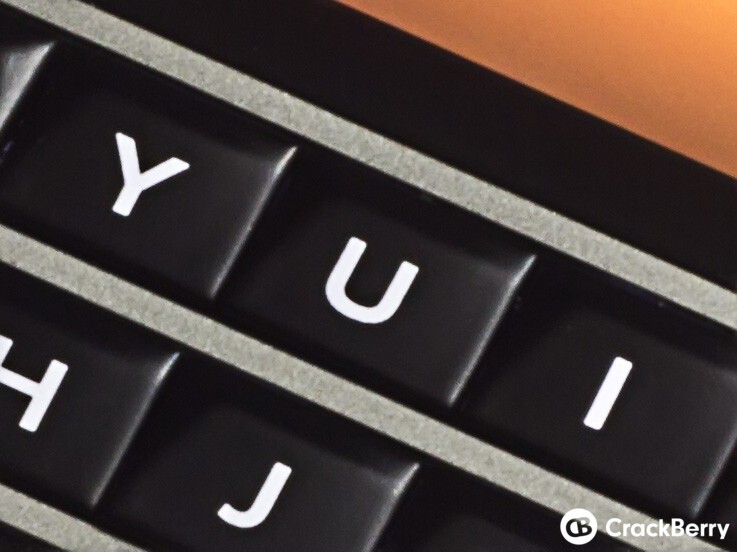 I've been using the BlackBerry Passport since launch, and it's been really great to be back on familiar turf. The Samsung Galaxy S5 I've been using for the last six months or so feels cheap and plasticky by comparison. Unorthodox as the Passport may be, it's great to have a physical keyboard under my thumbs again. OS 10.3 is a refreshing visual overhaul and there are a handful of functional updates.

One of the most visible changes are the new triage icons available in the Hub, which allows for easy folder filing and deletion of messages. Being able to do this right after reading a message or plowing through the entire list are both nice options to have, but there's still a fundamental bit missing from my usual e-mail workflow. Anybody who used BlackBerry prior to OS 10 will be familiar with how the U key functioned as a shortcut, and might be missing it just as much as I am.

Before anything, let's run through how you read messages in the Hub right now. N and P hardware keys can flip you to the next and previous message. On touch-only devices, there's the L gesture: swipe from left to right, then up or down before releasing in order to jump messages. If all of that is too fancy, you can enable back and forward virtual buttons. For some reason the view bounces you back to the Hub for a split second before popping open the next message.

None of these work when you pinch to filter by unread messages, though they do work if you go through the hassle of launching into a search and filtering by unread messages from the sidebar. The U key will scroll you down the Hub to the most recent unread message, but not open it. From within a message, the U key doesn't do anything, and that brings us to the real clincher.

The whole system for motoring through messages in the Hub, for me, takes too long, especially when on competing platforms it's done with a single, simple swipe with an elegant transition animation. On the upside, BlackBerry used to have a great way to get through messages on older devices. The U key was absolutely magical before BlackBerry 10. Either from the primary Messages hub or from within an e-mail, U would jump you to your oldest (not newest) message and open it right away.

Re-implementing this functionality on BlackBerry devices with keyboards would cut out the need to set a filter, wait on transition animations, navigate back to the Hub, execute a two-step touch gesture, launch into a search, or manually open any messages. The value of opening the oldest messages rather than newest can't be underestimated, either. Too many e-mails get lost in the flood because the most recent ones get in the way. Either I've been getting a lot more e-mail, or the old BlackBerry OS made it much easier to hit inbox zero.

To be fair, this is a niggle I've had since the very beginning of BlackBerry 10, but I was hoping that by now everything that was right and good with the legacy BlackBerry would have been reincorporated in the new platform. After all, it took a bit for bedside mode to make its great return to the Alarm app, and U could have very well suffered the same delayed response. It would be great to see the old U shortcut re-imagined for touch devices somehow. A fancy edge gesture like the remapping for "back" in Android apps is likely too finicky for industrious e-mail readers. Maybe a long press with the media keys could be implemented, but let's leave it to BlackBerry's fine designers to figure out what works best. The point is, I miss U. The old U, the real U.