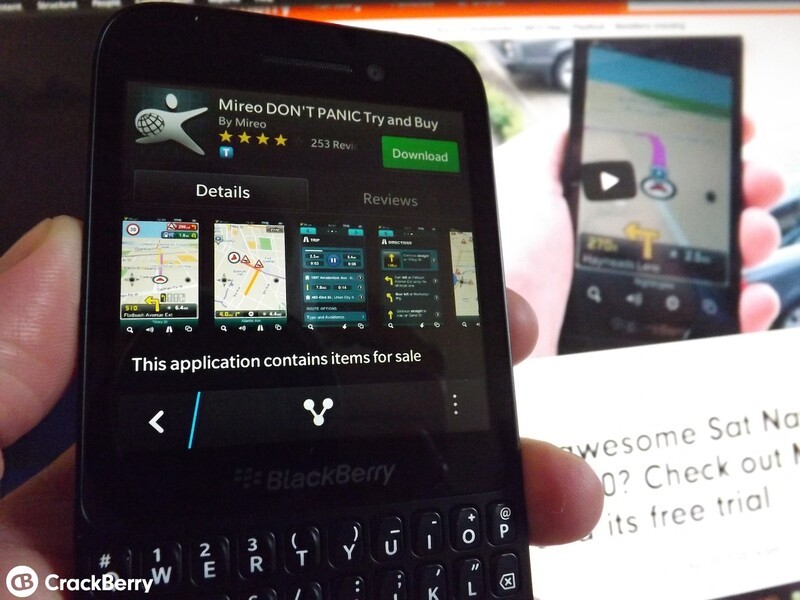 Just a quicky for you folk that use Mireo as your BlackBerry 10 sat nav of choice. A recent update was pushed out and although you will see from the list below that most things are bug fixes there is one thing that really stands out - and that's now the ability to store maps on your microSD card.

With this new feature in place it will clearly free up some extra space on your device memory, allowing you to squeeze in some extra apps/games - nice to see. If you haven't tried the app yet there is no reason not to as you get a free 7 day trial and from experience it's a beauty.

Mireo supports all BlackBerry 10 smartphones so whether you are Z10,Q10 or Q5 owner you can get from A-B with no stress.