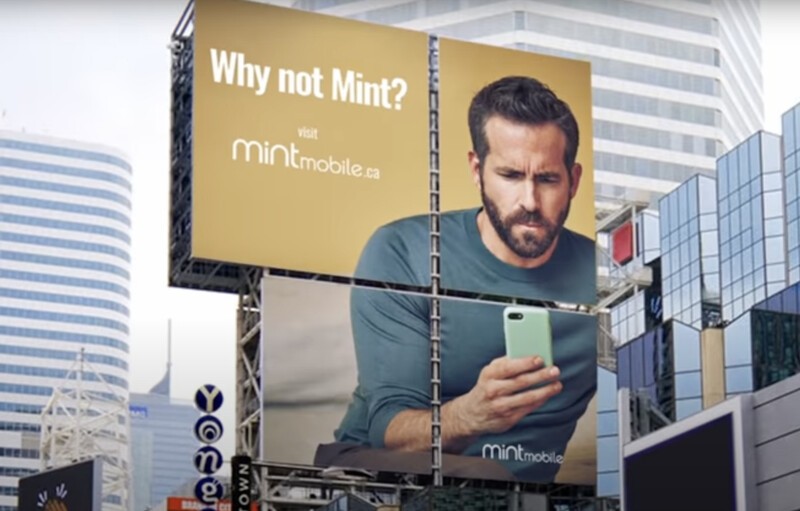 I'm a HUGE fan of the actor and Canadian national treasure, Ryan Reynolds, a.k.a. @VanCityReynolds. If you don't like Ryan Reynolds, honestly, there's probably something wrong with you and you should get checked out by a head doctor. He's just so damn likable. Not liking Ryan Reynolds would be like saying you don't like puppies or kittens. (He's a handsome devil, too.)

I think one of the reasons I like Ryan Reynolds so much is because he reminds me of … me! I mean, CrackBerry Kevin is basically the Winnipeg version of Vancouver's hometown boy Reynolds … you know, just not as talented, not as good looking or charismatic, definitely not as funny or witty, not as rich, not as successful of an entrepreneur … oh wait. Yeah, maybe scratch that last part ...

CrackBerry Kevin and Ryan Reynolds are basically brothers from another mother ... right?!

Well, there are two areas where I actually kind of am like Ryan Reynolds. For one, my wife is also gorgeous — I'm still not sure how I pulled that off. And two, while Ryan Reynolds now owns Mint Mobile, I feel like I played a meaningful part in the company becoming something Reynolds wanted to buy and own (true story!). Between that and watching Ryan as a teenage actor in the CBC kids' show "The Odyssey" every week (I only had three channels to watch growing up in a rural town), I think that kinda makes us like brothers from another mother. Right?! Right.

So while Mint Mobile truly deserves to be named one of CrackBerry's Top 22 Favorite Tech Things of 2022 due to the awesome value it continues to bring customers for premium wireless coverage, the other reason the company earned this accolade is that I'm hoping Ryan or somebody from his team reads this and decides they should attend our CrackBerry relaunch party in Vegas at CES this coming January. Or, if he can't make it in person, maybe he'll cut us a sponsorship cheque (that's Canadian for check, which Ryan will appreciate) and we'll ring in the New Year and our CrackBerry relaunch with a thank you to Sir Reynolds (I'm sure he'll get knighted once Wrexham AFC wins a championship).

Joking aside, I do love Mint Mobile. And whenever I head to the U.S. for longer trips I get a Mint Mobile plan and toss the SIM in one of my phones. The day Mint Mobile gets to Canada, I'll ditch Rogers. Canada's wireless game is a bit of a high-priced sham, though, so it'll be a while before that happens. If you're Canadian and want Mint Mobile in Canada head to MintMobile.ca to find the details to contact the politicians you need to start harassing. Seriously. Do it!

Mint Mobile is known as an MVNO, or mobile virtual network operator, which means the company doesn't actually own the cell towers and network it runs on, but rather it bulk-buys excess network capacity and then sells it to its own customers. In the case of Mint Mobile's network, it runs on the back of T-Mobile's nationwide network in the U.S. What's always made Mint Mobile amazing — outside of their cute fox mascot and Ryan Reynolds — has been its approach, which is ultra clever.

Mint Mobile combines a few basic business and marketing concepts to offer low-cost data plans with unlimited talk and text. Those concepts include:

With no physical stores to operate, the company saves on overhead, which helps them keep costs down.

2. You can bring your own phone

While you can buy new phones through Mint Mobile, you don't have to. They're happy to just send you the SIM card to toss into your existing smartphone.

3. Like Costco, they get you to buy data in bulk

The savings go up as you buy more data.

4. They get you to prepay

Prepay for six or even 12 months at a time, and your monthly average cost gets driven way down.

Right now Mint has a holiday promotion that's pretty much a no-brainer, where you can get a six-month plan for the cost of three months.

While Ryan Reynolds became an owner of Mint Mobile in November 2019, Mobile Nations (my former company that owned CrackBerry, Android Central, iMore and Windows Central) started talking to Mint Mobile in 2016, and we began working with them in 2017, when we were the company's first digital content marketing partner. We got along great with Mint Mobile's chief marketing officer and team, and we put a ton of effort into driving awareness and education around their offerings, which worked out well for both parties. Mint Mobile was an important partner to us and we could see that a lot of our audience became loyal customers, so it was a good fit.

The only bummer is that Ryan Reynolds only started to get involved with Mint Mobile as I left Future PLC (the company that bought Mobile Nations) in early 2020, so I didn't get to meet or work with Ryan, which would have been awesome! Maybe we would have even been besties by this point ...

I'm just going to embed some Mint Mobile ads here because they're so fun and worth watching.

Ryan Reynolds wants to buy a hockey team. Specifically, he wants to buy the Ottawa Senators. This makes this whole Canada/CrackBerry/BlackBerry/Mint Mobile story come full circle. Funny enough, the last Canadian mobile entrepreneur who made headlines for wanting to buy a hockey team was BlackBerry's Co-CEO Jim Balsillie! In that case, Jim was a bit of a possessed outlaw who wanted to buy the Phoenix Coyotes and move them to Hamilton, Ontario. But he got shut down by the powers that be.

In this case, I think the NHL will welcome Ryan Reynolds with open arms, because, as highlighted at the top of this story, everybody loves Ryan Reynolds! It's just the way it is (and should be).

Even though he's rich rich, hockey teams are expensive, so I'd assume if you want to help Ryan achieve his goals, becoming a Mint Mobile customer will help him get there sooner.