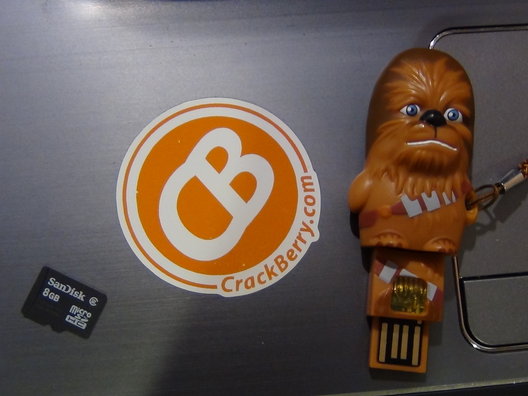 The folks over at Mimoco have been around since 2005 with their flagship USB device, the MIMBOT, a fun and funky collection of USB drives. Now, they've released their new line, the MIMOMICRO miniSD card reader/USB drive. Not only can MIMOMICRO be used as a USB flash drive with a removable microSD memory cards (expandable to any size you desire), but it also functions as a microSD card reader to transport data between mobile phones, tablets, e-readers, digital cameras, and mp3 players to your computer. It makes sharing your data with the world that much faster and easier.

MIMOMICRO features 3D sculpted characters and vehicles with a cap-free design and flip-out USB plug, built-in keychain and LED indicator light. Mimoco is introducing their exciting new line of personal tech devices at CES 2012 with brand-new Star Wars™ and DC Comics™ products. MIMOMICRO will be available in select retail stores such as Amazon starting in March 2012. I was lucky enough to score a Chewbacca drive to review and the little geek inside of me squealed (yes, literally) with excitement.