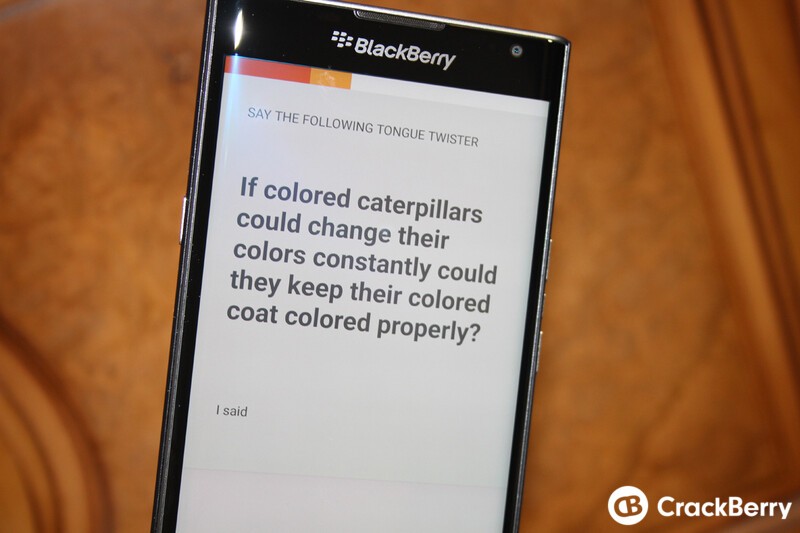 Mornings are not my strong suit. While members of my family would wake up refreshed ready to start the day, it would take two different alarm clocks and several taps of the snooze button before I could get out of bed. For those who need a little extra motivation to wake up in the morning, there is Mimicker Alarm. This Microsoft Garage Project puts a different spin on the daily alarm clock. Rather than just waking up in the morning to a standard alarm, Mimicker has you hunt for colors, solve tongue twisters, and even take selfies.

Using Mimicker is quite simple. Similar to other alarms you can set a name, tone, vibration, and repeat daily. The added option is choosing a task, or mimic, to perform to turn your alarm off. In settings, you are giving the option of setting one, two, or all three mimics for each alarm.

The first mimic is titled Color Capture. If this game is triggered, you must match a given color by snapping a pic. For instance, Mimicker will ask you to take a photograph of the color red. The app grants you a limited time to complete a task before the alarm goes off again. In this case, you only have about thirty seconds to find an object in your general area that is the color red or at least has a bit of red in it.

Express Yourself is the second mimic and requires taking a selfie. Not just any selfie I might add, the app asks you to express certain emotions such as a happy face or a disgusted face.

The third and final mimic is Tongue Twister and it involves repeating the phrase displayed on the screen. There is nothing like having to repeat "Peter piper picked a peck of pickled peppers" at 6:00am in the morning and before the countdown ends.

Out of all the alarm clocks I've used over the years, Mimicker Alarm is an inventive way to stop hitting the snooze button in the morning.

You can download Mimicker Alarm for free in Google Play.