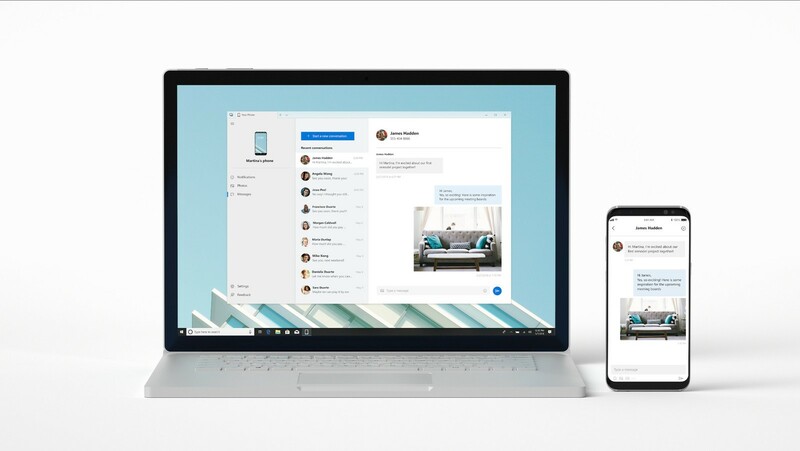 It still irritates me that BlackBerry killed off BlackBerry Blend. In my opinion, the app was a bit ahead of its time and to help highlight that, one only has to look at Microsoft's new "Your Phone" announced at Build, which allows you to read and send text messages, drag and drop photos from your phone and see your phones entire list of notifications.

This week we're introducing a set of features and updates across a variety of devices and platforms and a better blending between web and application environments for end users and developers. Last year at Build, you heard us talk about our commitment to meeting our customers where they are – across platforms. We're expanding this work to not only bring more Microsoft 365 services across platforms and into applications, but to better connect customers' existing PC experiences with their phones, helping to increase engagement for developers.

A new 'Your Phone' experience that enables a window into a user's phone right from their PC for instant access to text messages, photos and notifications. Imagine being able to quickly drag and drop your phone's photos into a document on your PC in one swift movement – without having to take your phone out of your pocket. 'Your Phone' will begin to roll out in the Windows Insider Program soon.

It appears features will vary depending on iOS and Android but Microsoft says Your Phone will be coming to Insiders soon with a non-working version already available in the latest build. While Microsoft hasn't announced any timeframe for release, Windows Central notes it's possible it might show up in the next Windows 10 update codenamed Redstone 5.

It's great to see others working on this functionality and with BlackBerry devices now running Android, that means BlackBerry users can be included in the mix but honestly, Your Phone doesn't even sound as feature rich as what BlackBerry Blend was. And Blend came out over three years ago.

Check out Windows Central for more coverage from Microsoft Build 2018