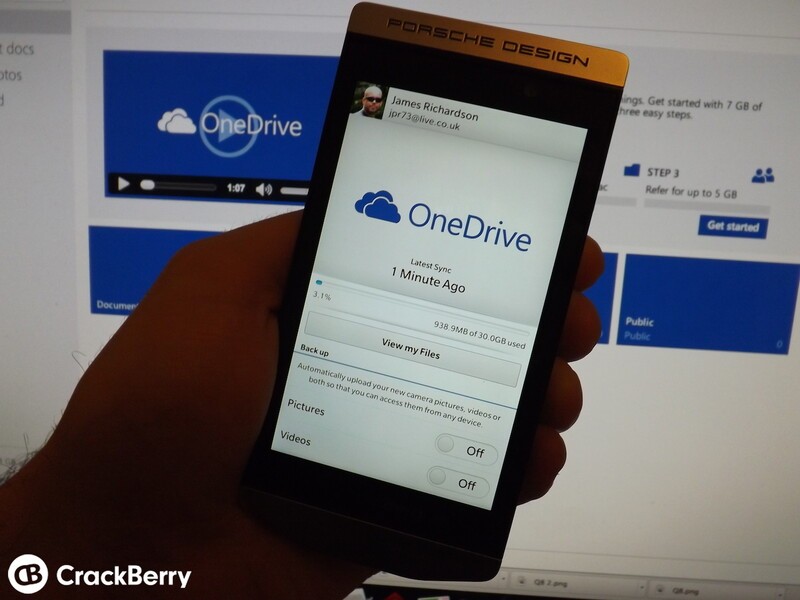 Hot off the press — BlackBerry have today given us another cloud storage option, this time with Microsoft's OneDrive. It's more likely that Windows Phone users will use OneDrive routinely, but we now have the option for BlackBerry 10 as well.

The app itself is much the same as the DropBox and Box apps we've had from BlackBerry from day one. You have the ability to toggle on and off auto uploads of both pictures and video as well the disabling using your mobile network.

As I'm already a OneDrive account holder due to having various Windows Phones over the last few years I'm not entirely sure how much free cloud storage you get when you sign up these days. Feel free to let us know in the comments.