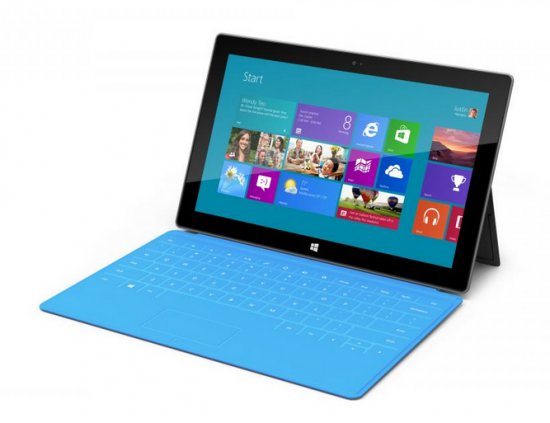 It has been all eyes on Microsoft tonight. Those crazy guys held a mystery event in LA and although most people speculated it would be a tablet announcement it wasn't confirmed until things actually kicked off. Steve Ballmer and his crew took to the stage and have now announced the Microsoft Surface tablet. Yes, they reused the Surface name.

Just to confuse things further, there are two variants of the new device. One running an ARM processor featuring Windows RT and the other with an Intel Ivy Bridge processor featuring Windows 8 Pro, which will be the more powerful of the two tablets. Combined with an integrated kickstand, full-sized USB support, 10.6” ClearType HD Display and a touch cover that also doubles up as a full keyboard, the 'Surface' on first impressions looks mighty interesting.

So from a CrackBerry point of view how will this affect the sales of the BlackBerry PlayBook? To be honest, PlayBook sales have never been fantastic, however with the device being upgraded to BlackBerry 10 at the tail end of the year things may well pick up. The PlayBook price reduction has certainly helped sales but this doesn't necessarily help RIM in terms of making money, something that they NEED to do right now. That said, only fair to note there is no telling that Microsoft has a home run here either. The Surface it seems thus far, is more of a laptop competitor than a tablet competitor and has already been the focus of some distate.

In the end, Microsoft unveiled a pretty slick looking tablet with no actual pricing, no availability date plus, they may have just potentially ticked off a lot of their own OEM partners by going out and making it all by themselves. Interesting, to say the least. If you need the full details on Surface, head on over to our sister site WPCentral or drop some comments here with your thoughts on it all.

Visit WPCentral for the full details