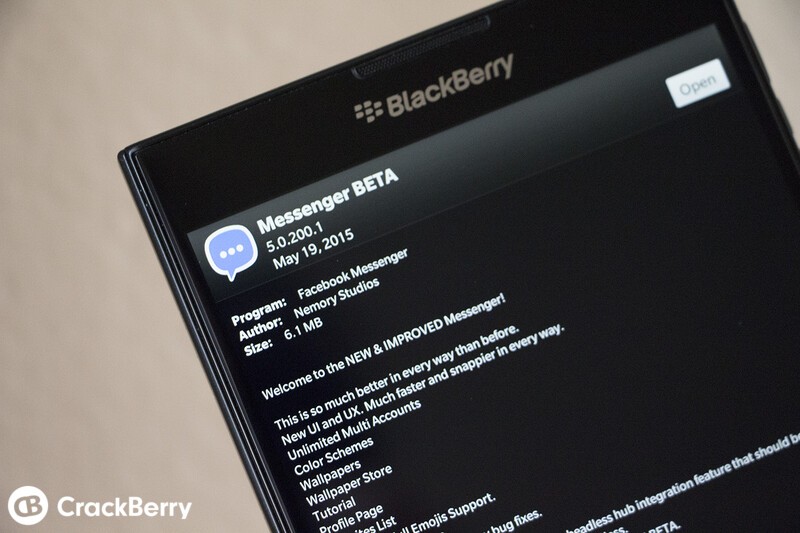 Although the official BlackBerry 10 Facebook client has the messaging portion built-in, there's still plenty of folks out there who like to have the messaging portion separated. One app to achieve that has been Messenger for Facebook by Nemory Studios and right now, a new revamped and improved version is available through the BlackBerry Beta Zone. While the first beta was a little rough, this second beta adds many improvements and fixes.

As noted, this build of Messenger is a beta so there sure to be some bugs found in the app, that is of course, the reason for beta testing so if you spot any, be sure to send off some feedback. Also, if you have a previous version of Messenger installed, you don't have to try out this beta but if you're having issues with the version installed, it is suggested to give the beta a try. You can download it now using the BlackBerry Beta Zone app.