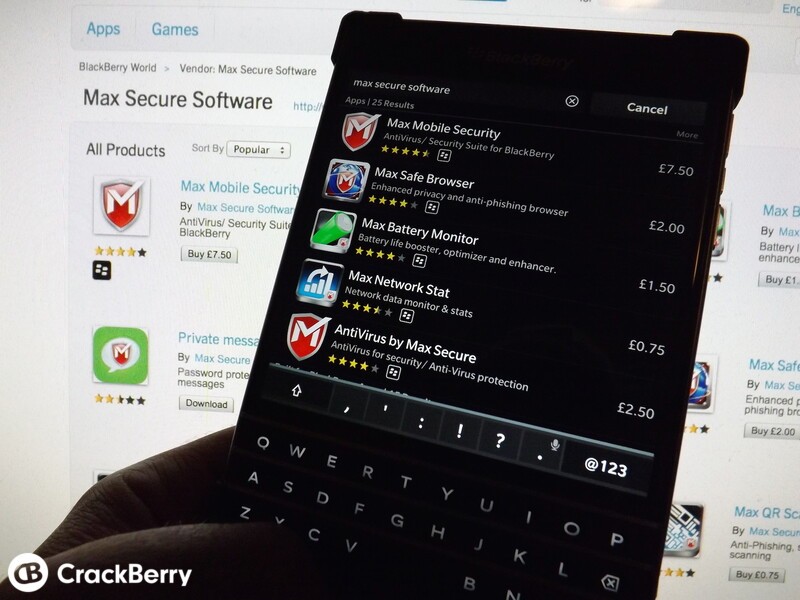 When it comes to app giveaways things don't get much bigger than this. Max Secure are giving CrackBerry readers the chance to download a massive selection of apps for free. In fact, it's value is $10,000 - wow!

We've featured many of them before here on CrackBerry and from my own point of view I have to say that they really come down to personal taste. I suppose that the app from Max Secure Software that has had the most attention is their antivirus one. Many folk on BlackBerry 10 think that this one's a waste of time and although I don't have any evidence, I'm more than happy for it to run in the background on my BlackBerry and at least tell me it's found no threats.

You have to remember that with more and more Android applications now being loaded onto BlackBerry 10 devices the risk of an issue 'may' be increased slightly. In fact, the BlackBerry itself often asks if you are sure you want to install a particular app as it from a source that is not BlackBerry World. Anyway, I'd rather be safe than sorry.

There are 500 free copies available for each of the following - apart from Max Password Manager which has 1000.