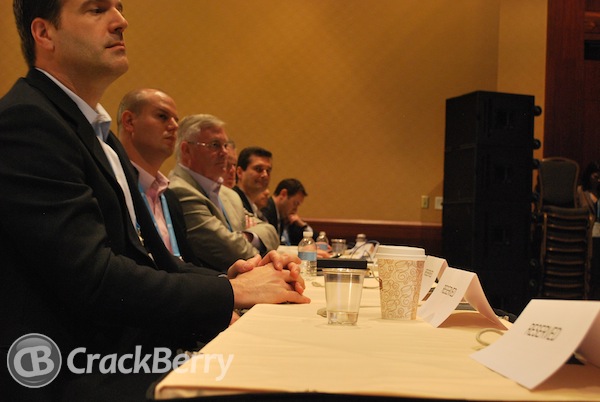 Ever since Thorsten Heins took the helm at RIM, we've been seeing a steady flow of changes in senior management. While so many others are quick to report executive departures as bad news, I'm more realistic.

Whenever there is a CEO change at a company you are pretty much guaranteed to see a slew of further executive changes.  This is just how business works.  It works this way because business is fundamentally about relationships. When the guy at the top is replaced, everyone else has a new boss.  This new boss has different views, different styles, and different relationships.

Some executives get let go.  Others volunteer to leave.  Even when an executive's job is terminated, it is usually not driven purely by performance.  Instead, terminations are often due to business plan disagreements or other business arguments that lead to relationship breakdowns.  And when an executive quits, it is rarely a pure expression of lack of faith.  Executives quit when they're not happy with a new business strategy, or feel capped in terms of promotion capability, or some other business-related problem that creates a more tense relationship with the boss.

Research In Motion has a very different management team today than it did under Jim and Mike.  There are new C-level officers in charge of marketing, operations and in the legal department.  Below the C-level we've seen even more change.  While RIM has lost some great talent such as Patrick Spence (global sales), and Al Panezic (VP enterprise product management and marketing), I think the bigger picture is more important.  RIM needs a team of executives and employees who are aligned towards the direction set by the CEO.  Despite the talent of those who have left, if they fundamentally disagreed with some aspect of RIM's direction, their heart wouldn't be in the job.  For that reason alone, it's best for personnel change to take place.

Another high level change was the departure of Greg Wade, who ran the company's East Asia business.  Here is RIM's statement:

"I can confirm that Gregory Wade has left his position at Research In Motion Singapore Pte. We thank him for his contribution in building RIM's business in East Asia and wish him well for the future.

Recall that RIM was behind the failed "Wake Up" flash mob in Sydney, Australia, where a busload of people campaigned in front of Apple stores.  With a new Chief Marketing Officer in charge of the BlackBerry brand, it's quite possible that this new executive's style clashed with Wade's, who ultimately owns responsibility for the flash mob activity.

We have also confirmed that Peter Gould and Patrick Keiser have left RIM as of last week.  These two gentlemen were managing directors (MD) in charge of Brazil and the Latin American south cone, respectively.

Again, it shouldn't be much of a surprise to see high level sales departures in a time when the RIM C-level team has undergone some much change.  New executives come in, they form new relationships, and they may clash with existing employees down the chain of command.   Whenever there is this much C-level change in an organization, it creates a snowball effect of change at lower layers.  It might be interesting to observe and speculate about, but it is also very normal.

Be wary of anyone who makes the mistake of assuming that executive departures are a bad thing, representing loss of faith in a company.  Anyone writing such things about RIM these days is getting the cause and effect backwards.