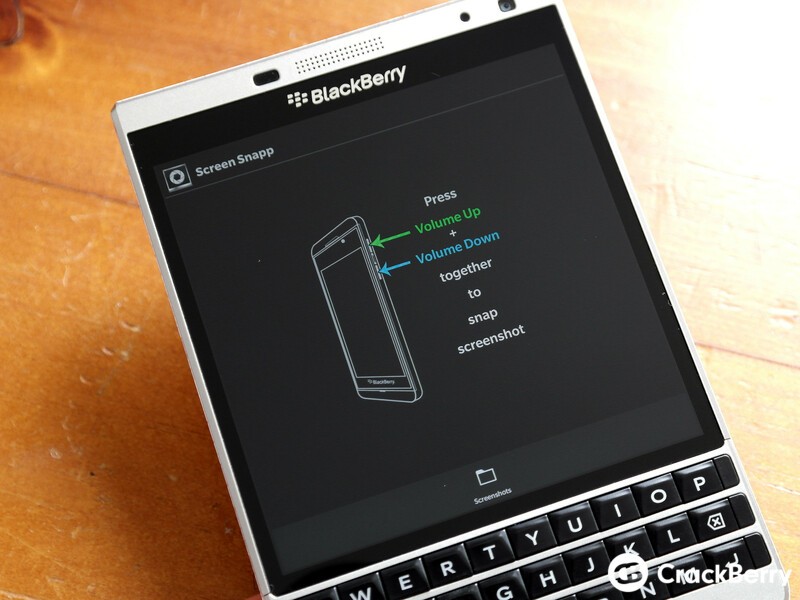 Taking a screenshot on a BlackBerry 10 smartphone is quick and easy, just press and hold the volume keys together for 3 seconds and a toast notification usually pops up to let you know a screenshot has been taken. By default, your screenshots get saved in Device->Camera folder.

However, we normally take a screenshot of something because we want to share it and so the default process becomes a bit cumbersome as we then have to go into the camera folder, get the screenshot and then share it. An app like Screen Snapp aims to make the process easier by lessening the steps needed to share a screenshot.

Screen Snapp lets you manage where your screenshots are stored. It's easier to have all my screenshots saved to one location rather than be saved among my camera shots, where it can become tedious to search for them. Screen Snapp has been around for a long time already but if you've never used it and are curious to how it works, Screen Snapp kicks in when you take a screenshot, an instant preview appears and if you tap it, it opens your screenshot within the app. You can then share it immediately using the native Share function or you can select edit to bring you to the native photo editing app on BlackBerry 10.

Screen Snapp has just received an update to v2.5. The latest doesn't bring much in the way of big new features but it does include some enhancements and tweaks here and there. Here's a list of what's new in v2.5.

Screen Snap is available for all BlackBerry 10 smartphones and costs $2.99. Is it worth it? In my opinion, yes because I'm supporting a native developer who is continuing to provide apps on a platform I love and I want to see more. There is a free trial version of the app available in BlackBerry World if you want to try it out first.