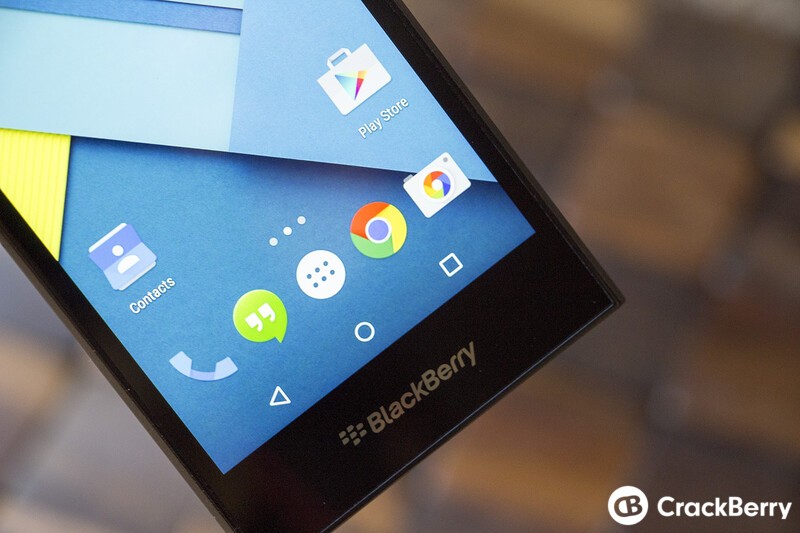 Shocking, right? Who would have thought? BlackBerry users love BlackBerry 10 and don't want an Android-based BlackBerry. Truthfully, I was playing devil's advocate a bit in asking the question because I entirely expected the majority to flat out tell me I was crazy for asking and proceed to reach for their pitchforks. But, that never happened aside from the odd 'what a dumb question' comment.

Instead, you fine folks actually discussed the merits and pitfalls of such a change and what it would all mean to BlackBerry and their customer base, which was pretty awesome to watch unfold as the poll is now over 790 plus comments deep with over 11,000 votes accounted for. Let's take a look at the poll results and some of the comments left.

As you can tell by looking at the votes while 25.33% are taking the wait and see approach with these Android-BlackBerry rumors, the majority with 53.95% really do not want an Android-based BlackBerry smartphone at all. The remaining amount, a total of 20.72%, would love it if an Android device built using BlackBerry hardware came to fruition, but not all would take it without some concessions such as it being skinned like BlackBerry 10 and the Hub MUST be included or replicated. Essentially, an Android device with a lot of BlackBerry 10 influence, which we know in some ways could certainly be done due to the customization options Android affords. Such a wide array of responses, let's take a look at some of them.

If it is not a BlackBerry hardware with BlackBerry 10, then is no good for me... I will never run a pure Android... all these apps stories sound crazy to me... I understand the people's desire to fly on their apps and live in a funny virtual world, but please, we need reliable devices with efficient OS. - Boris Buchkov

I don't mind android as long as the implementation is exactly like BB10. It must have the swipe gestures, Active Frames, Hub, and BB keyboard, or I would prefer BB10. I honestly prefer BB10 but if Android is the way to go then I hope they mimic BB10. - fadi.alsaidi

While an Android is not in my foreseeable future, I won't begrudge BlackBerry making money from an Android device. IF that's possible and IF that doesn't disrupt BB10's evolution and growth. - StoicEngineer

Why not offer both? If you want BB10 that's what you get, you want an Android with a keyboard then get that one. - Nick Spagnolo

I am glad to see most people are wanting BB10. BB10 is an awesome os and as long as the updates keep coming it will only get better. - Jamie Page

If I wanted a device based on Android software, I'd just get an Android device. Key words: "If I wanted". BB10's design has given me the best mobile experience to date. For me, going Android would be going backward. BlackBerry hardware or not. - LyBerry

BlackBerry 10 with better integration and access of Google Play Store and Services would be out of this world. But I won't downgrade to Android OS totally taking over. - wysiwyg86

So, that's that. The majority of CrackBerry readers, who are ultimately BlackBerry customers, really don't want BlackBerry to go to a fully Android based system but would instead prefer that BlackBerry stay their course and simply improve the Android runtime that already exists within BlackBerry 10, especially now that the runtime is starting to show its age still running Android 4.3 Jelly Bean. Now, let's hope BlackBerry hasn't decided to go ALL Android on the Slider because according to these stats, it won't sell all that well to existing BlackBerry customers unless it mimics BlackBerry 10 amazingly well.