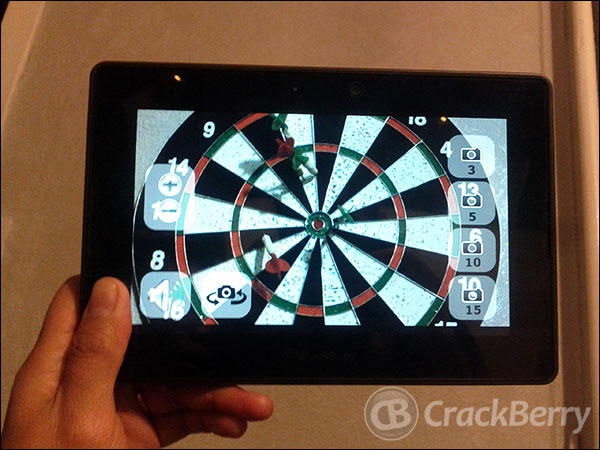 It's always nice to discover new apps and almost daily, I'll visit App World via my BlackBerry Smartphone and PlayBook to check out interesting apps. Today, I've got three apps tell you about, all for your BlackBerry PlayBook.

They are all camera related. As you know, the BlackBerry PlayBook is a convenient size for carrying around and even taking pictures of video footage with. i do it quite regularly. These three apps may assist you in different ways when using your camera.

Silent Camera for the BlackBerry PlayBook

Just as the name suggests, this apps lets you take pictures on your PlayBook in silence for those times the camera shutter is just to noisy.

Again, pretty self-explantory, take a burst of shots in one go. Perfect for shooting moving objects or when taking pictures at sporting events. I certainly would've liked a few months ago when attending TaekwonDo championships.

I remember owning camera that would put a time stamp on the photo so you could have clear remembrance of when the picture was taken. If you miss that feature, then this app lets you do just that. If you weren't too keen on putting a data/time stamp, perhaps you'd want to a logo on your picture instead. Well, Time Stamp Pictures lets you do that too.

Time Stamp Pictures is available for $0.99 and requires PlayBook OS 2.0