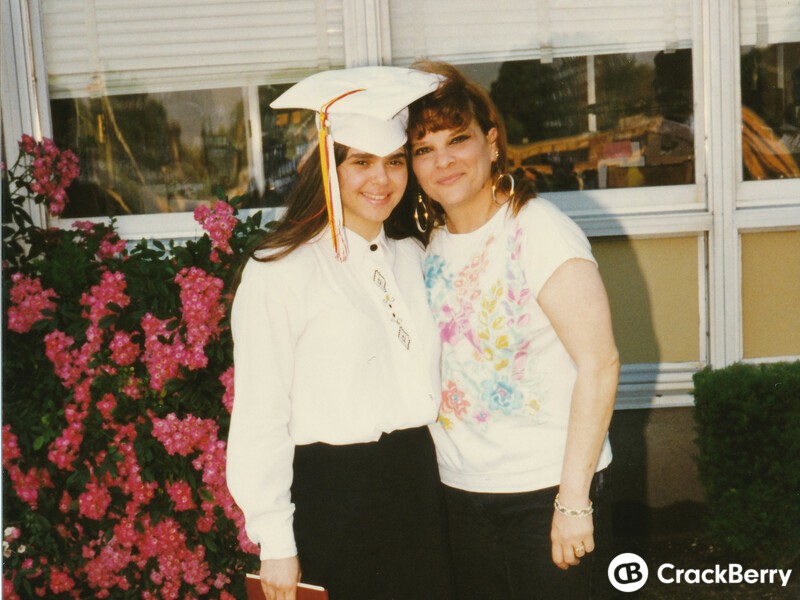 It has been almost a year since my editorial on why I am still an avid BlackBerry fan and how I still remain passionate for the platform. At the time the post made its way to the front page it was the beginning of a tumultuous six months in my life both at work and at home. During this time, however, the one constant that kept my head on straight and the will to persevere was my BlackBerry and writing for CrackBerry.

I bring this topic up once again because not only has my mind had some time to heal and think about the last year but I realized the fourth anniversary of CrackBerry Idol is almost here, that wonderful contest DJ Reyes and I submitted our audition videos to, and the rest, as they say, is history. So I thought I would tell you what makes BlackBerry and the CrackBerry community the best there is.

My original editorial appeared shortly after my Mother's hospitalization for almost three weeks with an initially poor prognosis. Little did we both realize her stay at home would be short lived as she passed away from heart failure in January.

While my co-workers and friends may scoff at my choice to still carry a BlackBerry, it is first and foremost a communication and social tool. Whether it is during difficult times or happy events, at its core it created for me my very own BlackBerry extended family and support system. No matter how I was introduced to these people, BlackBerry Live, CES, or CrackBerry, the relationships I made are what make BlackBerry stand out.

Being able to instantly speak with people from all over the globe essentially proves this platform brings family, friends, and even strangers together in an amazing way.

No other time in my life was this showcased than when I lost my Mother. I could not fathom the support I received from the team at Mobile Nations and from the BlackBerry community. From BBM's, tweets, forums posts, and even BBM video calls, I was never alone even though they could not be there in person. Being able to instantly speak with people from all over the globe essentially proves this platform brings family, friends, and even strangers together in an amazing way.

Another instance is the developers behind OSBB went so far as creating a donation page to help with the funeral costs. It is something that I am truly grateful for and will probably never be able to repay them and the people who responded in my lifetime. For me the strength of the community is what sets it apart from other platforms. I never asked for help, I mean I have a full-time job that pays the bills and puts a roof over my head, but they went out of their way to do this.

My family had been a small nuclear unit comprised of only my parents and me. When my father died tragically in 1996, that brought our number down to two. Having lost another parent after years of caring for her emotionally and medically because of numerous surgeries and conditions, being on my own for the first time was unexpected. Again, individuals I knew on BBM, Twitter, and Facebook and even people I met at BlackBerry Live became my second family and support line.

Now while some of my friends may call the tablets and smartphones that piled up in my household mere toys, for me BlackBerry remains first and foremost a tool for getting things done. Having to keep track of my day job, my articles for Mobile Nations, and all of the medications, doctors' appointments, and aids for my Mother is not an easy task especially when they all happen at the same time. I do carry around an Android and Windows Phone for work but my BlackBerry was the ultimate winner in ease of use, storing calendar entries and reminders, and just about everything else that needed to be done from paying the bills to alerting me that medications were running low.

Focusing on the blog, speaking with developers, and participating in the forums steers my mind towards the future rather than thinking about what could have been.

The one memory that sticks out for me was when Best Buy placed those awful twist ties across the Z10 screen essentially crippling gestures. While my Mother had since moved on to a Samsung Galaxy Note, that didn't stop her from supporting both myself and the platform. She alerted the manager to the issue and directed customers my way for a live demo on my working Z10. She didn't have to do that, but I admired how outspoken she was for things she felt were unfair.

Her presence and support is something I will always miss. Without it I would not be where I am today. I probably would not have had the courage to respond to Kevin's post about CrackBerry Idol as it was she who stated, "What have you go to lose by trying." As a matter of fact, I applied on the very last day using my computer's video camera to record the small clip. I for one am never good with closing statements but I will say this. BlackBerry and CrackBerry have been my rock. No matter how much chaos filled the last few months, they kept me grounded and level-headed. Focusing on the blog, speaking with developers, and participating in the forums steers my mind towards the future rather than thinking about what could have been.

For those who comment about the lack of passion and how some of us use other platforms, know this. I'm a tech girl at heart who will always want to try the latest and greatest gadgets and keep up with new technologies to see how they tick. However, my BlackBerry is one device that will never leave my side.