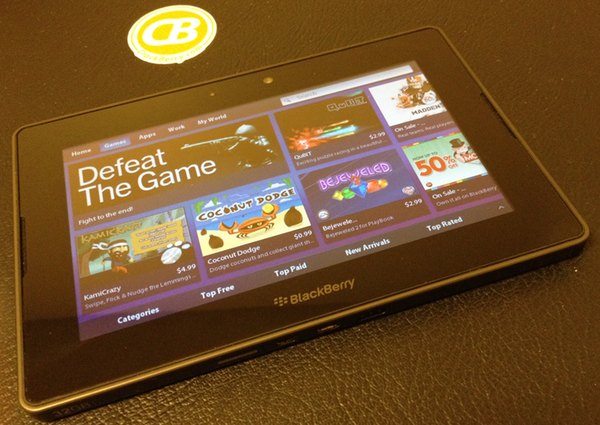 On a recent post over at the BlackBerry Developers Blog, RIM kinda slipped up and posted an image of a BlackBerry PlayBook sporting a new UI for BlackBerry App World. A few people in the forums caught it, along with the fact that it was dated "February 16th, 2012". We'll let you all speculate on what the date may mean - if anything at all - but while you're speculating, be sure to let us know what you think of the new BlackBerry App World UI shown above. Like it better? Hate it? Let us know in the comments. Personally, I like the layout even if it does look Androidish.