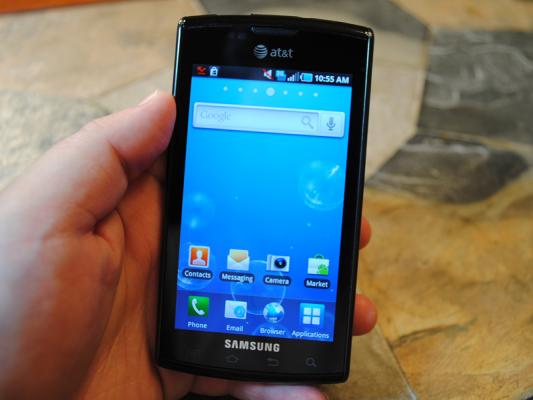 As BlackBerry users, we're on the edge of our seat waiting for Research In Motion to deliver us all BlackBerry 6. Over at Android Central however, there has been a constant flow of new devices pouring in. Android Central has given us a Samsung Captivate review as well as a Samsung Vibrant review to look over. Now since this is CrackBerry, we like to take a look at what else is out there from time and time and consider what other platforms are doing. Given the sheer amount of Android devices turning up these days, it's rather hard to ignore.

Some BlackBerry users have turned former BlackBerry users because the Android platform does offer a lot. BlackBerry still maintains a great market share as well as a huge core audience. So, we're putting this out there for those of you considering the possibility of taking on Android.

If there were things that you could take from Android, what would it be? Would it be the super AMOLED screens? Maybe even just larger screen sizes? What about the customization options or does BlackBerry do fine in that are? Let us know what you all think in the comments folks. It'll be interesting to see what some of you would like to see. And of course, if you need to learn more about Android, check out Android Central.