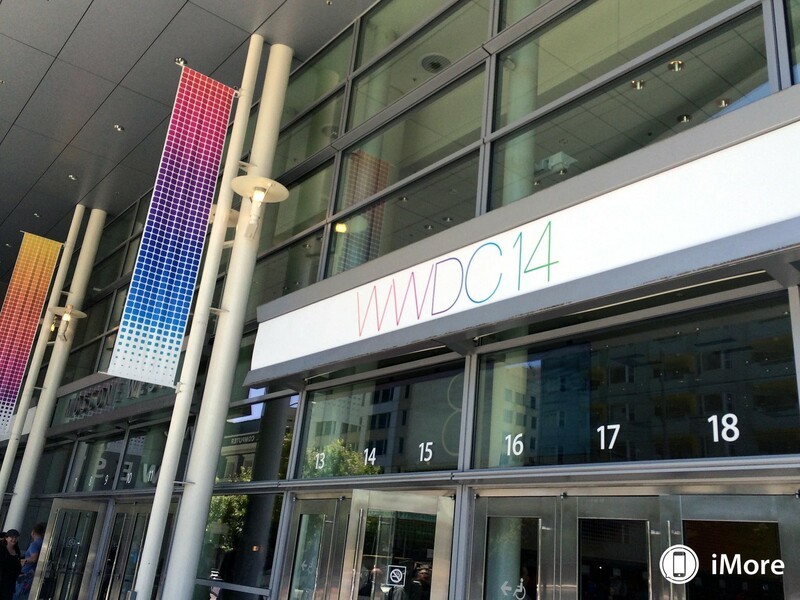 I missed out on iMore's WWDC live blog, so I'm just getting caught up on it all now. As expected, Apple went ahead and announced iOS 8 which promises to bring a ton of changes to the platform for both customers and developers and, like always with Apple, it's being touted as 'the biggest iOS release ever' — but Apple never had time to talk about them all. Only the key features were brought up on stage but thanks to our friends at iMore, we have a list of many of those key features. Let's take a look at what Apple came up with, borrowed and re-invented for iOS 8.

This is cool, never understood why AirDrop never worked between iOS and Macs anyway, nice to see Apple actually took it further though.

Apple seems to have trouble with getting iMessages onto my Mac already, now they want to transfer calls and non-iMessage texts? Hope it actually works unlike iMessage half the time.

Sounds a lot like BlackBerry's instant actions and Android's notifications, what took you so long Apple?

So universal search found on other platforms, alright then. Creative.

We prefer swiping words into place, tapping is for suckers.

This is actually a nice enhancement to messages, especially leaving a group and the Do Not Disturb options.

I like this addition, although some of the sharing features are available on BBM Groups and such, Apple took it to the next level especially with the media section.

Siri enhancements are welcome, I've been trying to get BlackBerry to implement Soundhound into their media player for months now to no avail. Hands-free stuff, nice but nothing that hasn't been available in Google Now and it doesn't require your device to be plugged in. That seems a bit silly.

Syncing across iCloud is cool, BlackBerry does need some cloud services in that area. Google has plenty already with the Google+ integration, instant backup and auto-awesome stuff.

Nice to see them open this up finally, considering Android has had it forever.

So Apple bought their own BlackBerry Beta Zone? Innovative.

This was bound to happen eventually, so glad to see it has arrived. I still hate Touch ID but I appear to be in the minority there. Is this something BlackBerry should borrow from Apple?

The iPhone arguably offers one of the best cameras on mobile devices, so it's nice to see they've opened up the API a bit more for developers.

Another one of those areas where BlackBerry can work harder given most of the fitness stuff is designed again for Android and iOS.

That's honestly just a small sampling of some of the stuff iOS 8 is bringing to the table. Again, Apple only talked about what they consider to be the BIG changes during the keynote and toss the rest on a list and move on. This time around, that list contained over 32 things they didn't care to highlight such as WiFi calling (welcome to 2007), DuckDuckGo support in Safari, Panoramic photos on iPad (Yes, just what the world needs! More idiots using iPads to take photos), 24 new dictation languages, Battery usage by app and more.

Some of the stuff has arguably been lifted from other OS' and while I'm not really in the game of pointing those things out, some of them are pretty obvious and to be fair, it's not surprising. These days everyone borrows a few things from each other and the argument can always be made that Apple is never really first to things, instead they opt to sit back and find out what people did wrong and then improve upon it.

I'm sure the comments section will fill up with anger about this even being posted here but it's good to keep an eye on what Apple is doing, after all no matter how much some folks hate it, they're among the market leaders and what they do is relevant to all of us. So, with that being said, what do you folks think about iOS 8? I know, it's a bit of a silly question but there's some things there I certainly wouldn't mind BlackBerry borrowing because it SURE seems like Apple has ZERO issues with borrowing other people's stuff.

Bonus - A funny video for you to watch, in case I bored you with all the iOS 8 talk.