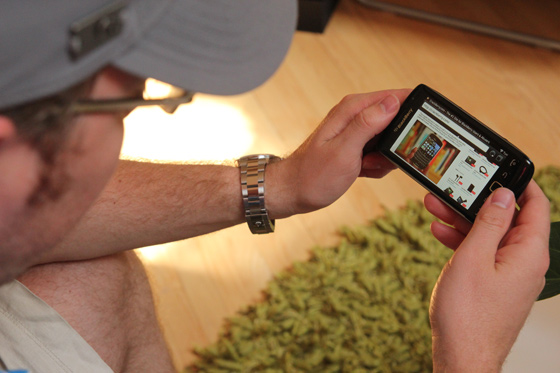 Earlier this week, as I was doing my usual reading of mobile industry news, I came across this article from PaidContent.org, talking about how much traffic on the Internet comes from mobile devices.

It turns out that, according to StatCounter, mobile devices are responsible for 8.5% of all website visits as of January 2012. The PaidContent article opens by basically saying that mobile Internet usage is "lagging behind".

The article bugged me enough to prompt this post. Sure, mobile traffic "only" accounts for 8.5% of total traffic. But it's up from 4.3% one year ago. Yes folks, mobile Internet use is growing at nearly double the rate of non-mobile use.

Now let's think a bit longer term. Where was mobile 5 years ago? Pretty well nowhere. BlackBerry browsers were pitiful. The iPhone hadn't launched yet. Neither had Android. Safe to say the Internet was as close to 100% non-mobile as it gets.

And what about 5 years from now? Where will mobile be? I don't know the exact answer, but I wouldn't be surprised if the mobile Internet continues to grow at nearly double the rate of non-mobile.

We're on the verge of a global rollout of 4G LTE networks that are IP-centric and don't rely on legacy TDM technology. They deliver speed we didn't even dream was possible 10 years ago.

Also, the majority of the planet is still not using a smartphone. That will change dramatically in the next 5 years.

It seems to me that mobile Internet use is not "lagging" at all. It's actually far outgrowing the growth of non-mobile Internet use. And if this continues, carriers are going to be running into bandwidth bottlenecks.

RIM has always prided itself on the efficiency of the BlackBerry platform. But you don't get such rapid growth of bandwidth consumption based on people using more email or BBM. It comes from web traffic and social media, which includes embedded media. CrackBerry.com is a perfect example of the former. Just look at how many of today's posts come along with an embedded YouTube video. That's where the real bandwidth demands are coming from. It's not the HTML, CSS or even the images on the site that chew through the megabits.

At Mobile World Congress in 2010, Mike Lazaridis did a keynote address talking about the coming bandwidth crunch facing mobile operators. Here we are two years later and it's clear that mobile traffic is growing like crazy. Will Lazaridis prove to be correct? Maybe. Carriers who don't have a ton of spectrum inventory will have a hard time keeping up in a 4G world.

But will BlackBerry have an advantage over other platforms? Here the argument is not as strong, in my opinion. Sure, RIM can compress email and web traffic. But they can't really compress video traffic unless they transcode it on the fly in the NOC. And that's not something I see them even talking about doing.

I'm operating under the assumption that bandwidth efficiency can't be part of RIM's sales pitch in the future. That's why I'm happy to see the company moving full force to a QNX-based operating system that gives users the horsepower they've been asking for to truly enjoy the mobile Internet.

It's growing like crazy. May as well embrace it, right?