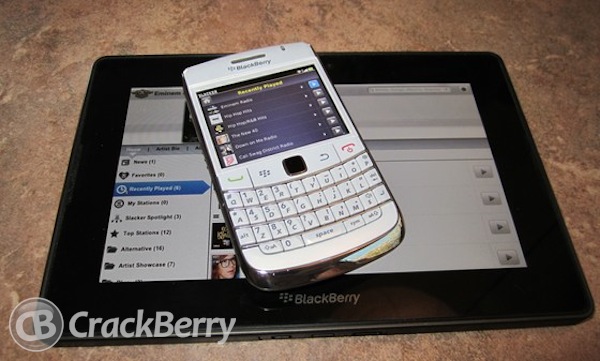 If you'll be too far away from a TV or radio that's broadcasting the NCAA Championship games - not to worry. Slacker Radio is bringing all of the games to your ears thanks to their partnership with Dial Global. Slacker users will be able to stream all 67 mens NCAA Championship games as well as Women's Basketball Championship, Men's Frozen Four, the Men's and Women's College World Series and much more on their BlackBerry smartphone or PlayBook. Keep reading for the full press release and to download Slacker.

Dial Global's NCAA broadcasts will be available on Slacker beginning with the First Four® of the Division I Men's Basketball Championship from Dayton, Ohio on March 13, 2012.

"We are delighted to bring the excitement of our sports broadcasts, including the NCAA Championships®, to the Slacker mobile platform," said Ken Williams, Co-President/CEO of Dial Global. "These broadcasts represent the beginning of a meaningful and important content partnership between Dial Global and Slacker, and allow us to enhance the distribution of multiple NCAA championships."

"We are thrilled to offer the millions of Slacker mobile listeners free access to Dial Global's coverage of the NCAA Championships," said Jonathan Sasse, senior vice president of marketing at Slacker. "These live broadcasts will be appreciated by all sports fans, with more to come as we continue to expand our content to meet the needs of our listeners."