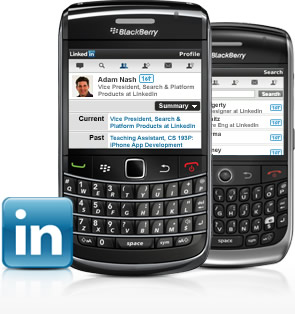 For business professionals, LinkedIn is a valuable tool and resource for communication, much like BlackBerry smartphones. Now, BlackBerry users using a BlackBerry 6 compatible device can download the latest release and get in on the action as LinkedIn has just updated to include support for BlackBerry 6. They have also included a new profile layout for users as well, as mentioned on the site:

In addition to the BlackBerry 6 compatability and the new profile layout, LinkedIn has also acknowledged that some users are unhappy wih how the app actually closes. Rather, how it doesn't close as it's always running in the background. While it's not in this release, the fix for it will be coming in a later release. But, at least they have now acknowledged that it is an issue and will be addressing it as soon as possible. Thanks Dave Peckens for letting me know!