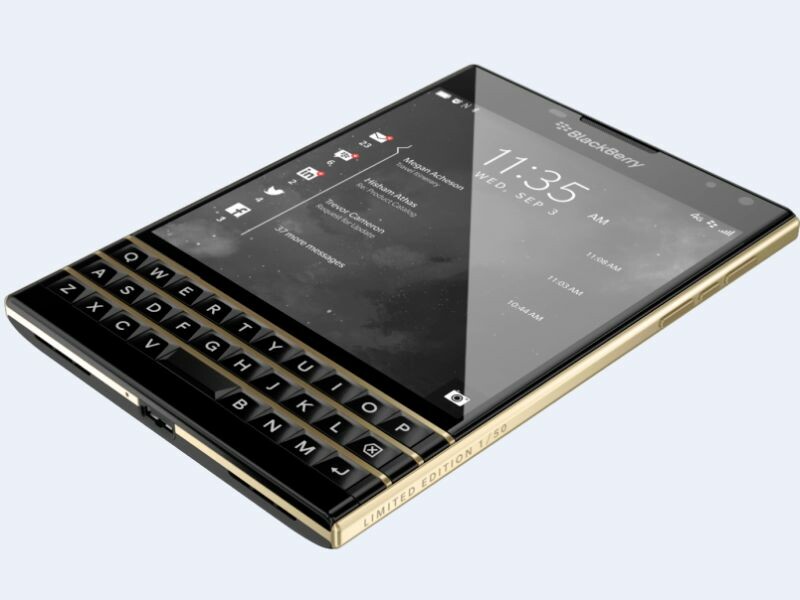 Update: It's not exactly a shock, but it appears that BlackBerry has now sold out of its limited edition Black & Gold BlackBerry Passport just a couple of hours after it went on sale.

Original story: As previously rumored. BlackBerry has started selling a limited edition version of its BlackBerry Passport, in black but with gold trim, for $899 in the US and $999 in Canada. Only 50 units of this version of the smartphone will be sold.

Each one comes engraved with "Limited Edition" and the production number, as well as a Valextra cover made from soft calf leather with Valextra "costa" lacquered piping.

This black and gold Passport is much cheaper than what some luxury retailers have offered for a customized version of the smartphone with a gold trim. Those versions can cost over $1,800. However, since BlackBerry is only selling 50 of these Black & Gold BlackBerry Passport units, we expect they'll sell out very quickly.