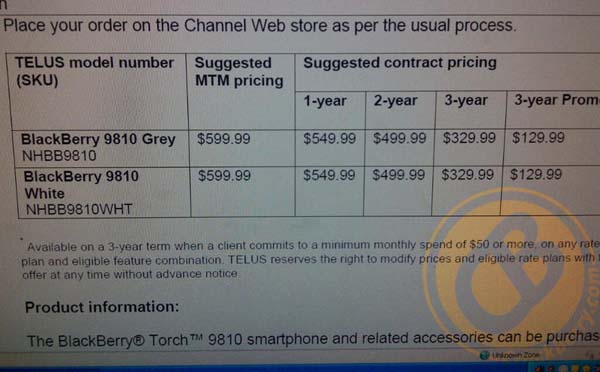 Hey TELUS users, listen up. Everyone else is getting release dates and pricing for the BlackBerry Bold 9900 and Torch 9810, others have the devices available already, and now some information has leaked for TELUS as well. CrackBerry member Leviathan123 snapped a couple of pics today that will put some of your questions to rest.

Last we heard these devices weren't expected until the 15th of August, so I guess we'll know in a day or two if it's the 12th or not. In any case, they're so close you can practically smell that new 'Berry scent. The only thing missing now is the Torch 9860. You can check out the second screenshot after the break, and jump on over to the forums for discussion.