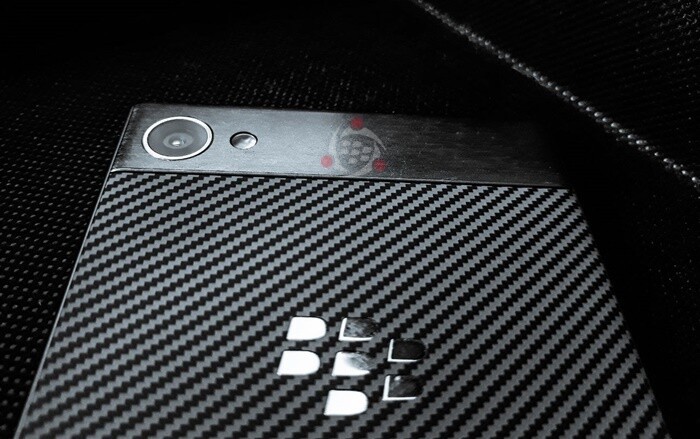 By now, it's no secret TCL has more BlackBerry smartphones in the works. The device known as 'Krypton' has passed through the Bluetooth SIG, Wi-Fi Alliance and FCC already and according to François Mahieu, head of global sales for TCL, the full-touch device is expected to arrive at some point in October. Still, despite all of that information, the 'Krypton' has eluded being caught on camera, mostly. A recently posted image offers up what could be the first glimpse of the next BlackBerry.

As posted on BBM Channels, the image purports to show off the back side of the BlackBerry 'Krypton', though, given the source itself seemed uncertain if it really was the 'Krypton' there's certainly a bit of room here for speculation and debate. Given it's only a small look at the backside, there's not a whole lot that can be derived from the photo, but have at it in the comments. Does even this small look pique your interest?