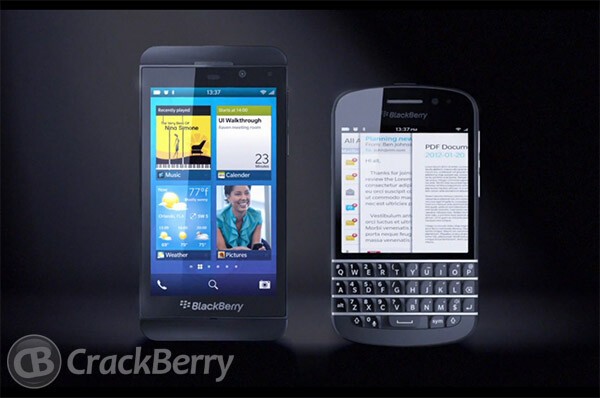 We've all been waiting to see it, and today a video surfaced online which gives us a pretty proper look at both BlackBerry L Series and N series devices. The L Series is the full touchscreen which we already have a pretty good understanding of (see this hot video render). As for the N series, this is the first time we've been able to get a good visual of what the long-awaited BlackBerry 10 phone with a full qwerty keyboard will look like.

As we saw when CrackBerry leaked the first photo of a BlackBerry 10 phone in January, it looks like this video is coming from creative that was produced for internal use only (marketing agency pitches). There's a lot of photo chopped looking stuff in here, but it's looking pretty legit based on other leaks we have seen to date.

As for the source of the video, it's looking like this may be the dumbest leak of all time. It appears the video was posted online to vimeo by a guy named Rob Jury, who appears to be the guy who edited the video. Ouch.

We've pulled a few screen caps from the video which you see below. Be sure to check out the video and photos, drool, and sound off in the comments!