I'm required to say most because, well, Verizon is still missing from the list but if you're on any other carrier or using a factory unlocked BlackBerry Priv, there's now a new beta update available for you. As we know from all other beta releases, this one will contain the upcoming October security fixes from Google as well as any other fixes BlackBerry has put in place themselves. Unfortunately, they don't break out the changelogs until the OS goes official but you can still give it a go. 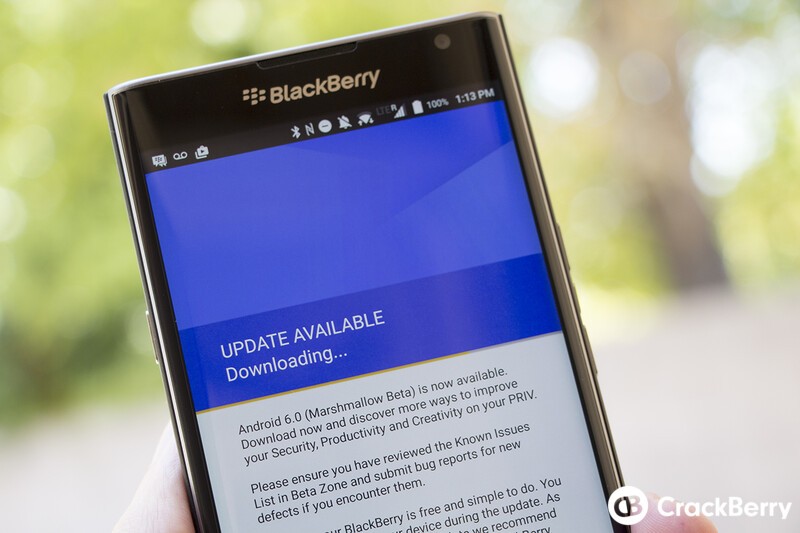 The update should come in around 157+MB and the versions are simple this time around. AT&T-branded devices will see AAG873 while all other devices will see AAG853 as the noted firmware after installation. Oddly, there has been no mention of a DTEK50 beta update as of yet, but maybe that will be coming shortly as well. Either way, when Google makes the October updates available officially, BlackBerry will follow on both the DTEK50 and Priv, so even if there's no DTEK50 beta – not missing much.