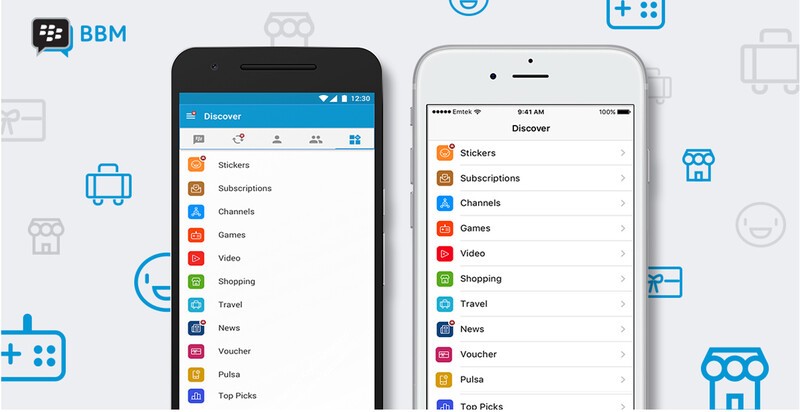 If you're not already on the latest release of BBM for Android and iOS, now is a great time to go ahead and get yourself updated. The latest versions available through Google Play and the App Store have gone through some significant changes there's plenty of new features and additions for you to check out.

We've been hard at work here at BBM over the last few months working on this latest release. We're excited to let you know that it's now available on Google Play or the App Store. The latest, greatest version includes a number of updates to the look and feel—mostly for iOS, but also for Android, a new chatbot API, more analytics for our partners, spam reporting, the ability for existing users to add a phone number to their profiles, and more.

This release includes a number of updates and improvements to streamline the iOS user experience. They include:

And just for Android users, when you update your profile picture, it will show up as a full image in the feeds so people can view the image without clicking to expand.

I'm thrilled to say that this release also includes our anxiously awaited chatbot application programming interface (API). We're giving BBM channel owners an opportunity to bring their own, interactive software chatbot to BBM that can converse with customers.

This new capability builds on the channel chat feature. Previously, you could chat with the channel owner but only via phone. Now, a human channel representative or a chatbot program can answer the questions received in chat. When people subscribe to the channel, they see the representative.

This is the first of a number of API initiatives that we plan to add, so stay tuned for more news soon.

We think chatbots are going to be the big story in 2017. If you're a channel owner, now is the time to jump on this exciting technology trend.

We've integrated better metrics via Google Analytics to provide our partners with a view into expanded engagement metrics. Partners can now easily track their traffic, including the number of unique users, returning users, how long people are staying on their applications, and more.

All these new features join the many others we've released over the last couple of years in our effort to make BBM the hub of your digital life. And we have even more in the works.