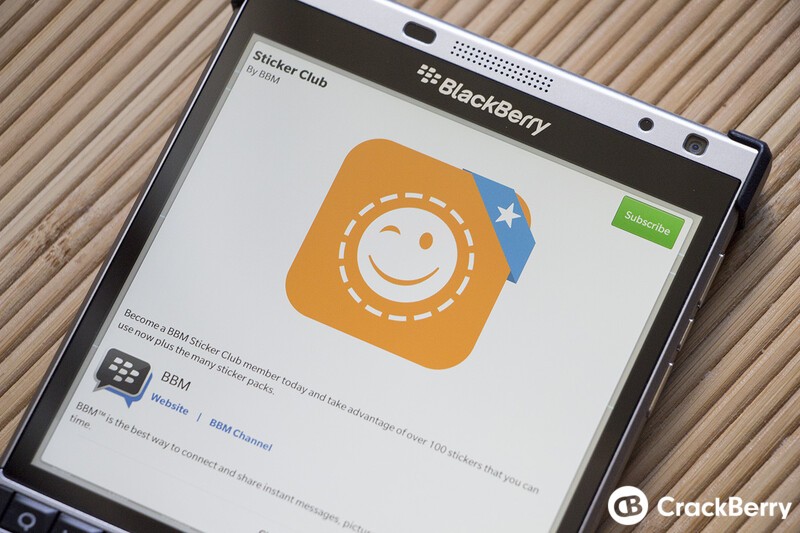 Remember when we told you BlackBerry was working on a new sticker club subscription for BBM? Well, it has now arrived through a new beta available in the BlackBerry Beta Zone. In addition to the BBM Sticker Club subscription, BlackBerry has also added a few other tidbits of interest such as further PayPal integration and improved group updates in feeds.

The update is live now in the BlackBerry Beta Zone, so if you've been invited, go ahead and get it downloaded. You can also let us know in the comments if you happen to spot anything that might not have been mentioned in the release notes.