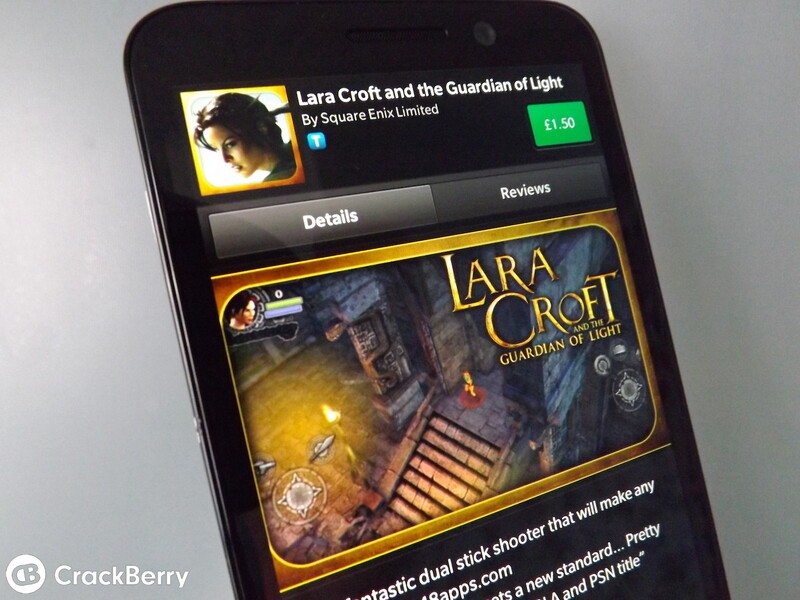 If you can cast your minds back to early 2012 you may remember we reviewed Lara Croft and the Guardian of Light for the BlackBerry PlayBook. Step forward to the current day and the same game has now made it's way to BlackBerry 10 smartphones - sweet.

The word on the street is that if you purchased the PlayBook version you won't need to pay out again for the BB10 edition which is priced at $1.99. Not surprisingly - the game is only supported on all-touch BlackBerry 10 smartphones so you QWERTY keyboard fans will miss out on this one I'm afraid, but I don't suppose you chose the Q10 or Q5 for gaming anyway.

I bought the PlayBook version and it's a real nice game - with fantastic game play along with great graphics. If you give the BlackBerry 10 version a go before I do feel free to leave your thoughts in the comments.