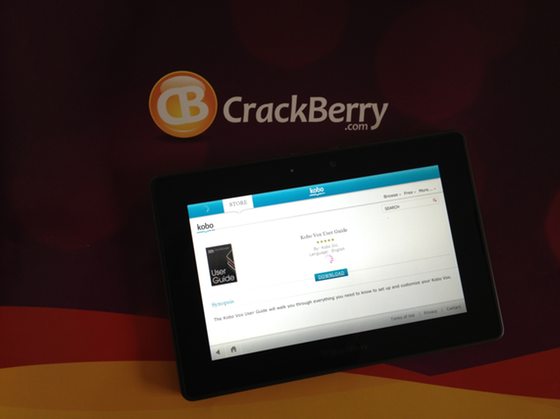 *Update* - I'm recieved info that this issue, on PB 2.0 is an internal one for RIM being investigated but this doesm't explain why people not on PlayBook OS 2.0 are having issues.

While I can't say I've used the app for more then 10 minutes, it seems as though the Kobo app for the BlackBerry PlayBook has been causing a few PlayBook owners some grief for the past few days as noted in the CrackBerry forums. Many users are no longer able to connect to the services, view paid for books nor download new ones.

A few forum members also went ahead and called Kobo customer service five days ago and were advised there was an issue and that it would be 'fixed in a few hours' but yet, even today the issue is ongoing. Interestingly enough, this issue arose as Kobo announced they had been purchased by Rakuten, a Japanese e-commerce firm, for $315M

So what's the deal here? Why isn't the PlayBook verison working for users? Sound off in the comments or in the CrackBerry forums if you're having issues with the app. I've tried the app as well, and it won't connect -- just sits there loading forever.