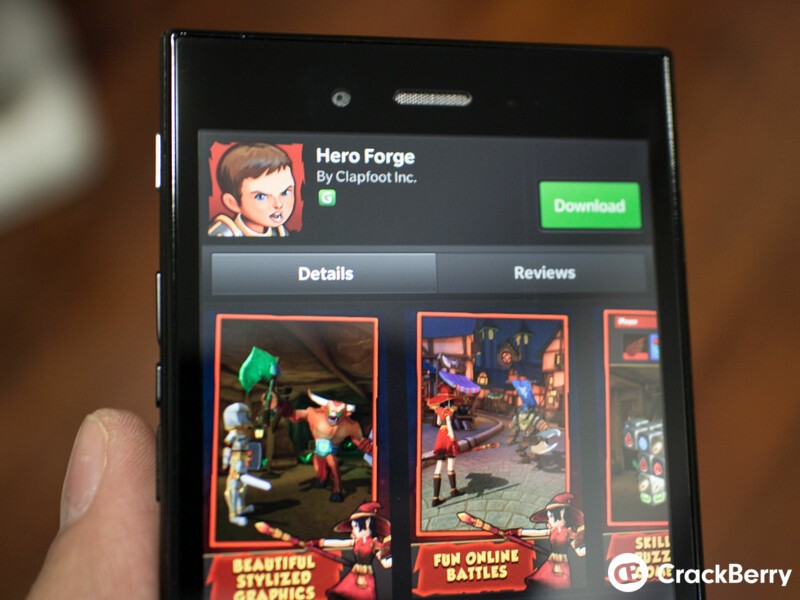 The folks behind BlackBerry favorites like Sector Strike have released a new role-playing/puzzle game called Hero Forge. Players swipe around a 3D structure to find tiles of the same type. Tap on a series of them to deliver attacks to all sorts of fantasy enemies, like minotaurs and orcs. Players earn coin which can be spent on new powers and gear, hack and slash your way through dungeons, or if you're feeling brave, you can take the fight online with competitive multiplayer. In-app purchases are available if you want to speed up your progress.

The match-3/RPG combo is becoming increasingly popular, and it's great to see this one coming to BlackBerry 10 after a successful stint on Android. Sorry Q10 owners, Hero Forge is only available on Z10 and Z30 for now. Did you guys play a lot of Sector Strike or Tank Hero? Which games would you like to see on BB10 next?