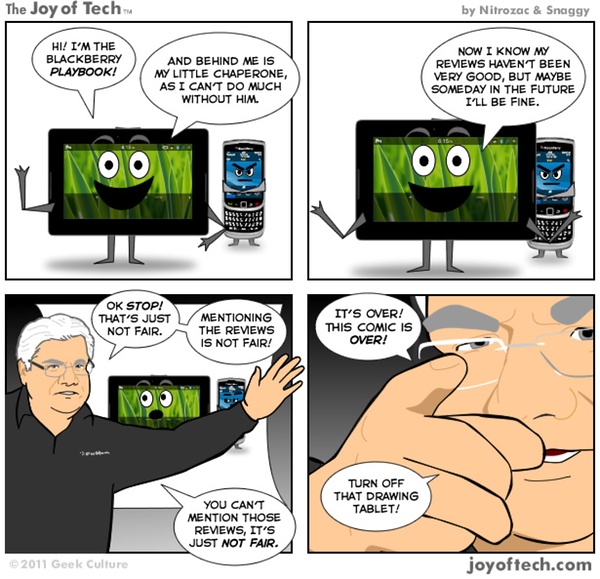 Here we are on the eve of the BlackBerry PlayBook launch and we figured we'd toss a little humor into the mix by posting up the above comic from the folks over at The Joy of Tech. This of course, isn't the first PlayBook comic they've done but this one adds a great twist on some of the most current events happening with Research In Motion.

The reviews are out, the forums are filling up -- and most importantly people are buying BlackBerry PlayBooks despite some of the negative (deserved or not) criticism that it has recieved. Let's face it - the above comic hits on current events but it's not totally accurate by any means.