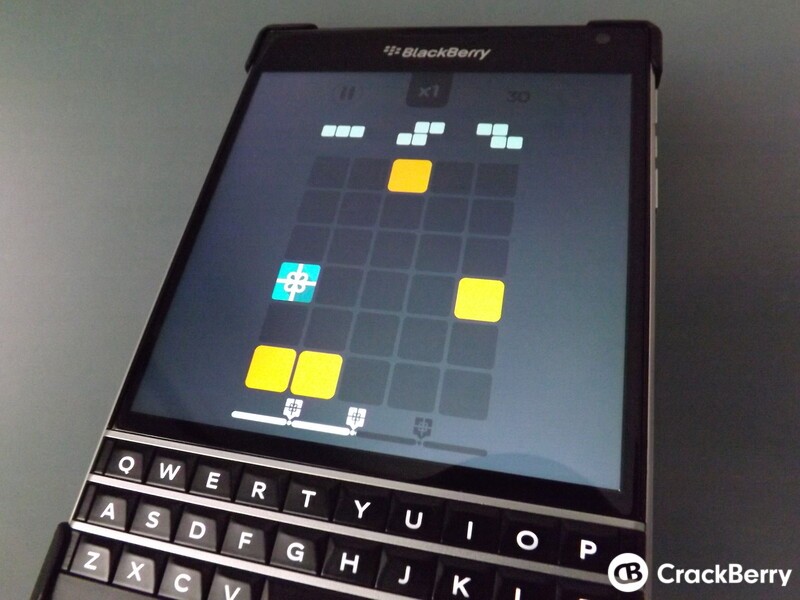 As I'm sure you're aware, if you follow the site regularly, I'm not big into puzzle games but today's free app of the day from Amazon is pretty sweet and had me playing along for some time. With me being in the UK, the free apps do sometimes vary depending on region, so if you are seeing another please let us know in the comments.

Taking a look at the screenshots in the Amazon Appstore I thought that Joinz may not look too clever on the BlackBerry Passport, but I was very wrong and it runs like a dream. I suspect things will be even better though on the all-touch BlackBerry 10 handsets.

Joinz is a block sliding puzzle which will initially give you an in depth tutorial as there's a fair bit to get to grips with. Up at the top of the display will be three shapes which you must replicate by moving the blocks around the grid. It does take a bit of getting used to, but once you have the hang of things it's pretty fun.

Although the UI is quite minimalistic, it's also attractive with the brightly colored blocks on a black display and you also get a nice soundtrack which always helps with the whole experience.

Give Joinz a go while it's free and see what you think? It's all about getting the highest score possible so feel free to share in the comments.