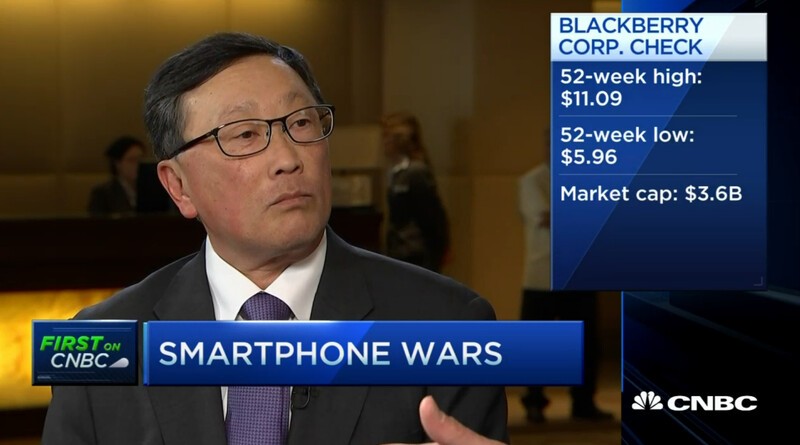 Ahead of appearing at Milken Institute Global Conference, BlackBerry CEO John Chen sat down with CNBC's Brian Sullivan to discuss all things BlackBerry. While the interview didn't dig deep into new information but instead focused on a lot of what was covered in BlackBerry's earnings call, there was one item on agenda that is of concern to many and that's BlackBerry hardware.

While it's no revelation to hear John Chen talk of upcoming BlackBerry devices, considering he has noted several times now there would be one or two more devices coming by the end of this year (Remember, Chen often speaks in fiscal years), this time around he sounded more definitive in stating it would be two, and when questioned if there would be any more after that, Chen responded with a very confident sounding 'Absolutely!'

In previous interviews, I was left with the impression that Chen was a little bit shaky on where he stood regarding the number of devices that were going to be released. He always mixed up by saying 'maybe one, maybe two' devices but not this time. As for which devices they'll be, well, as we learned recently, that's open to much speculation but not quite enough facts yet.