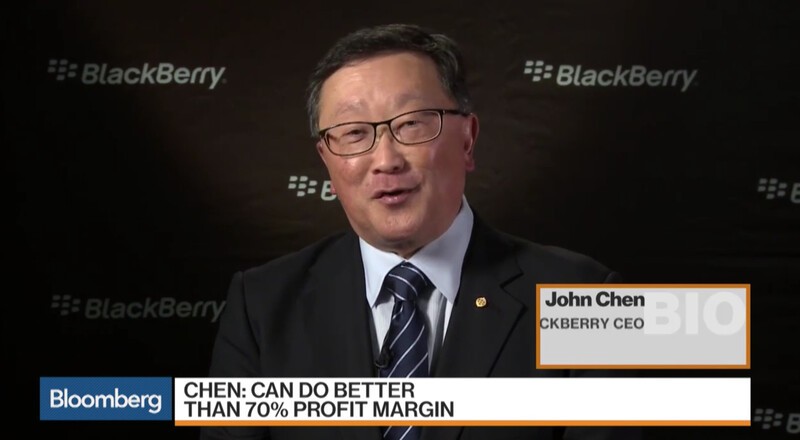 Following the BlackBerry Q3 Fiscal 2017 earnings report announcement and conference call, BlackBerry CEO John Chen hit several media outlets to discuss the results, profit margins, autonomous vehicles and more. One of his first stops was with Amber Kanwar at BNN, where he was pressed on when BlackBerry might turn over some overall total revenue for the company now that he has increased profit forecasts for the third consecutive quarter.

In addition to BNN, John Chen also stopped by Bloomberg to speak with Bloomberg's Caroline Hyde where he was questioned on BlackBerry's adjusted profit margin, which was almost 70 percent of revenue (Record non-GAAP gross margin of 70%; Record GAAP gross margin of 67%) as well as BlackBerry's 30% growth in software revenue and whether or not he expects that growth to continue at that high of a percentage.