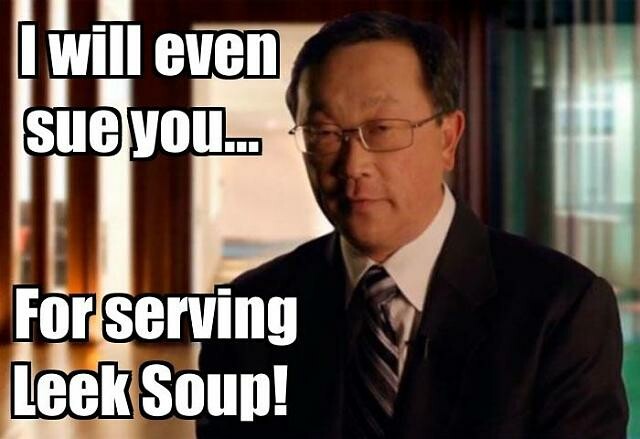 While the new BlackBerry CEO hasn’t been at the company very long, he’s made a lot of changes and most of us agree that he’s been very effective so far.

Lately, on the legal front, he’s shown that BlackBerry won’t take any crap from anyone. The company successfully stopped Typo from selling their iPhone case after convincing a judge that BlackBerry would likely win a lawsuit. The injunction was granted in late March, not that long after Typo hit the market. This new BlackBerry sure moves fast.

Just this week BlackBerry was also successful in court with Dutch semiconductor company NXP. They had been sued for willful patent infringement by NXP in 2012, and the case went to court only last month. BlackBerry crushed NXP. The jurors reportedly deliberated for less than a day.

Outside of the courtroom we’ve also seen Chen take a hard line against Sebastian Marineau, the company’s soon-to-be former Senior VP of software who is on his way over to Apple. While the company can’t stop people from leaving they certainly have every right to enforce valid employment agreements to minimize the damage of a senior person leaving for the competition.

And of course we can’t forget the recent T-Mobile situation. First we saw Chen publicly chastise T-Mobile for implementing promotional plans that target BlackBerry users and attempt to sway them onto a competing platform. More recently BlackBerry made the decision not to renew the carrier’s distribution rights for BlackBerry products.

While many of us are interested in knowing exactly what the specifics are behind the disagreement between BlackBerry and T-Mobile, it’s quite obvious that Chen is not the kind of guy who’s willing to take crap from anyone.

Turning around a company has to be a tough job. I think BlackBerry needs a CEO who can build  strong new relationships and draw upon strong old relationships to strengthen the fan base. But he also needs to stand up for what’s right. He can’t be a pushover. Chen certainly seems to have that mix of talent.

Only a few months ago we were faced with the strong possibility that BlackBerry would cease to be private company. We wouldn’t have heard much about the goings-on within the company had that turned out to be the case. Instead, I feel like we have a whole new ball game to enjoy watching. As much as BlackBerry is the underdog, I like seeing the fight that’s left in them.