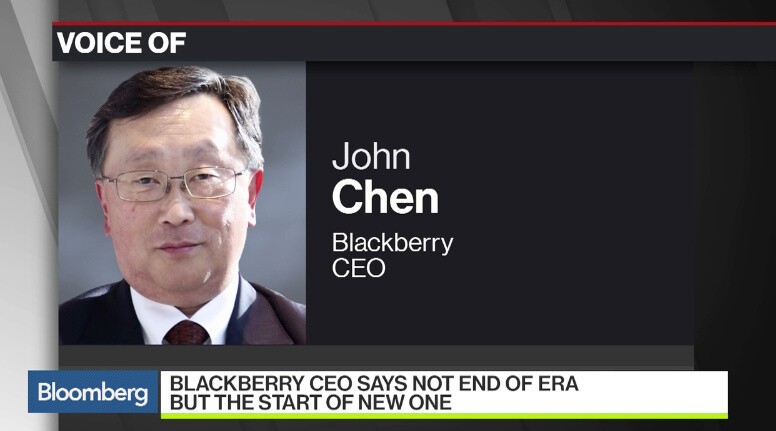 Looking at the headlines and comments from people following the announcement from BlackBerry that they would end all internal hardware development of BlackBerry handsets and will be outsourcing to partners from here on out, one common phrase used to describe the situation has been 'end of era.' BlackBerry CEO John Chen doesn't see it that way at all, though, and prefers to view it as the start of a new chapter as highlighted in an interview with Bloomberg's Emily Chang.

As we now know, BlackBerry-branded handsets will continue, and one agreement in place already comes by way of BB Merah Putih, which will source, distribute and promote BlackBerry-branded devices that use BlackBerry's secure Android software and applications including full access to the BlackBerry experience, for the production of new devices in Indonesia.

BlackBerry is a brand which Indonesians trust and respect, and this partnership will allow us to provide the type of mobile experience that our customers have come to expect with the productivity and security that the BlackBerry brand delivers, said Tan Lie Pin, CEO, PT Tiphone Mobile Indonesia Tbk. "Leveraging BlackBerry's secure Android smartphone software will be a significant opportunity for us and we hope to deliver innovative and high quality devices for our customers in the Indonesian market."

While full details are slim surrounding the financials of it all and Chen declined to elaborate on how much profit for BlackBerry is involved here, early reports out of Indonesia are suggesting production lines with the capacity to build up to 300,000 smartphone units per month in the first six months are being prepared.

It's great that BlackBerry-branded handsets will continue to be produced and I'm genuinely interested to see where this all leads and who potential future partners for BlackBerry may be. These arrangements could produce some really great handsets as long as there is as Chen noted previously, a focus on brand protection to ensure they are of quality. I'd hate to see the BlackBerry brand abused like Kodak.

Still, I'm still concerned about the accessibility and distribution of said devices. BlackBerry keeps saying BlackBerry-branded devices will be available, but where will I be purchasing them? Right now, everything is focused on Indonesia, and that's great for Indonesia. For anyone else who wants a BlackBerry-branded handset, things remain a little less clear.