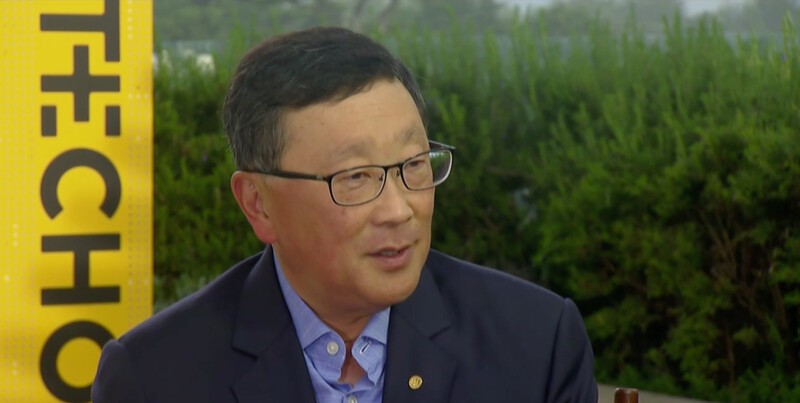 Ever since BlackBerry announced their plans to end all internal hardware development and outsource that function to partners, there has been a lot of focus on the rumored last 'in-house' BlackBerry due to some mixed messages surrounding the possibility of its release. A new interview from Bloomberg with John Chen clears the air on the matter while also discussing something else that has been on the minds of many, the implications of Donald Trump's election on the tech sector.

Much of the interview does focus on the Trump discussions, so if you're not really feeling all that today, go ahead and skip right to 8:04. Once there, you will hear John Chen clearly state he has 'one more keyboard phone he promised people' and while he wouldn't give up any timeline, the current status of the phone is 'it's coming' and 'it will not be that long'.

As for the rest of the interview, Emily Chang did a great job pressing Chen for comment on future licensing deals and Chen noted he was working with a Chinese company and a company in India as well as a whole host of other companies around the world, stating 'people like to build phones and I think we could offer a lot for people who like to build their own hardware'.