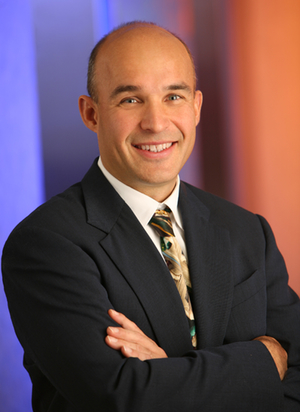 With Mobile World Congress 2011 well under way, Research In Motion has been showing off the BlackBerry PlayBook to Barcelona's many attendees and to say it has been well received is a bit of an understatement. The BlackBerry booth has had a constant flow of people to it. That said, some recent comments made by Nokia's Stephen Elop seemed to of have lit a fire under Co-Chief Executive Officer Research In Motion, Jim Balsillie.

In a recent interview Elop was noted as having stated "the smartphone ecosystem was now a three horse race between Windows, Android and Apple." Which prompted a response from Balsillie "I don't know how you can say that we are not in the race," Ballsillie backed up that statement by re-enforcing some Research In Motion facts such as the 70% growth they saw last year and their achievement of being the number one smartphone producer in the UK. Balsillie aslo refuted claims of RIM being solely Enterprised based by advising that 80% of BlackBerry subscribers are consumers. When Ballsilie was asked about people writing RIM off he responded "Are people writing us off? We have had huge growth in the last year. I wouldn't write us off".

No, Research In Motion may not be pushing out press release after press release announcing new devices from Barcelona but to say they are a complete write-off at this point is pretty out of the ballpark. With the BlackBerry PlayBook launch not that far off and the 2011 road map well outlined, one could agree with the analysts and say RIM is transitioning right now to put the themselves in a better place further down the road. In any event, the company isn't going anywhere anytime soon and considering Elop had to look toward Microsoft to save the once number one Nokia from themselves, speaks volumes.