The release of the BlackBerry Bold 9790 caused pure chaos as hopeful buyers lined up to get their hands on the device before anyone else. Multiple minor injuries were reported as thousands were waiting at the Pacific Place Mall in Jakarta in hopes of snagging the Bold 9790 at a discounted promotional price. The buyers were supposed to be worked in an orderly first come, first served basis, but chaos broke out as word spread that the supply of devices may not meet demand of the BlackBerry hungry consumers in line. Police were called in and things were eventually brough under control.

It's not often we see such large crowds or hear news like this from a BlackBerry launch event, but as we've said before, this is a pretty big deal in Indonesia. Keep reading for images from the event and let us know your thoughts in the comments. 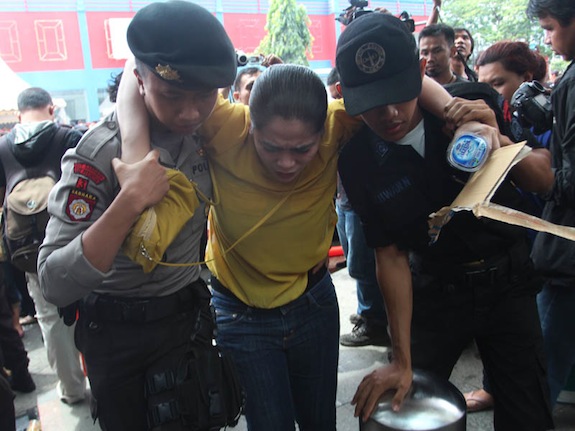