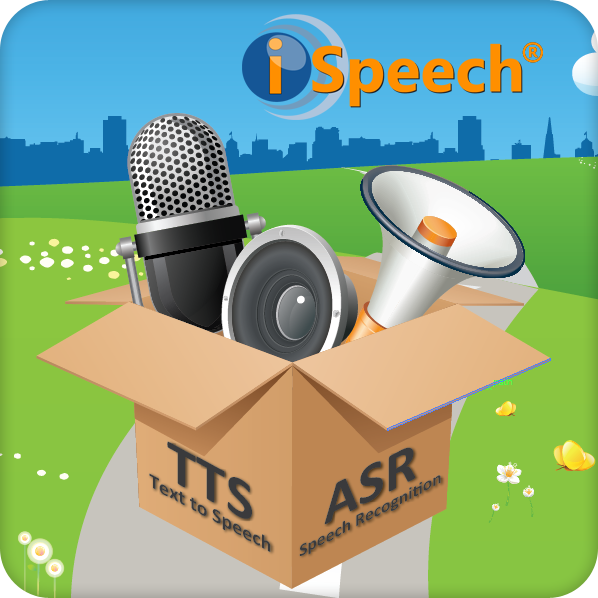 We have taken a look at Drivesafe.ly, an application that reads your messages out loud while driving, quite a number of times here, and the developers have hit us with some rather interesting news. iSpeech is the latest from the same folks, and they will be releasing a free, yes free, multi platform SDK that will allow developers instant access to these features, allowing them to build them into their existing applications.  Their services have been used over a billion times to date, with over 3,000 registered developers, which is expected to grow hugely thanks to the SDK.

The SDK will launch with 40 different voices and 25 free languages available, with the option to purchase additional voices. Whether a developer, or not, get excited, as this means that developers can now begin to impliment this additional functionality in a much simpler fashion than ever before. So developers, will you be adding these features to your existing applications? If so, let us know! Full press release after the break.

For more information / getting started with iSpeech

With over 3,000 registered developers and 1 billion conversions made on the cloud, iSpeechlaunches free, self-service TTS and ASR platform for mobile developers

NEWARK, NJ and SAN FRANCISCO, CA – August 4, 2011 iSpeech, creator of the award winning and
popular mobile apps, DriveSafe.ly and iSpeech Translator, just announced its new self-service platform
for developers to quickly and easily integrate its human quality text to speech and speech recognition
into their own apps. The service is free to all mobile developers with support for iOS (iPhone/iPad/iPod
Touch), Android and BlackBerry devices. Web developers will also be able to take advantage of the
powerful technology through the iSpeech API and online payment system.

Mobile developers can download the iSpeech SDKs and get unlimited access to the cloud-based services
free of charge. iSpeech is already one of the leading mobile speech development platforms with over
3,000 registered developers, over 1 billion text to speech and speech recognition conversions made, and
major customers and popular mobile apps including TeleNav, Car and Driver, DailyHoroscope, and more.

“Speech is transforming the way people interact with mobile apps and connected devices, however,
speech technology has historically been very expensive and time consuming to implement,” said Heath Ahrens, Chief Executive Officer at iSpeech. “We are very excited to be able to make this technology easily accessible to the vast majority of developers and businesses who find themselves unable to afford other solutions.”

The iSpeech SDKs and APIs currently provide over 40 text to speech voices and counting with support
for more than 25 languages. Premium services are also available, including celebrity and custom text to
speech voices, as well as the ability for developers to increase speech recognition performance specific
to their use case.