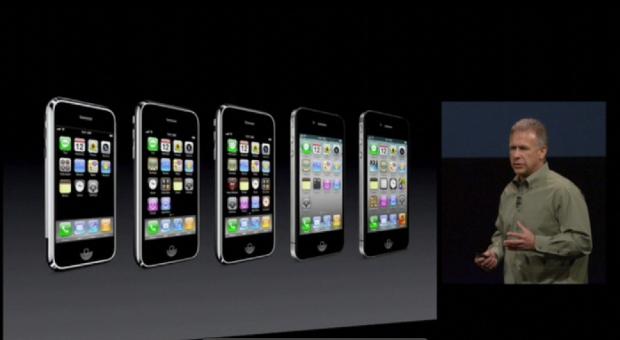 Sitting down at my computer this morning, I shuffled through endless Tweets and news posts regarding the iPhone 5 - just as I have been all week. I read about how the iPhone 5 pre-orders sold out and how excited all the Apple fans are to get their new phones next week. I also got a chance to check out some insight from CrackBerry readers that took time to hit up the forums with their thoughts on the Apple event and the iPhone 5. There seems to be a pretty good mix of those both for and against Apple, but it does make for an interesting conversation (and a long one at that).

Our members are anything by shy when it comes to sounding off. Some aren't impressed, others are excited and the rest couldn't care less about any of it. We have giant thread going in the forums around all of the Apple hullabaloo - to save you the time of reading through all of it, here's what some members had to say.

Those wanting to let their opinions be known took to the forums to express their new found want for BlackBerry 10. SugarMouth -- the member that started the thread -- got things going, stating:

Gives me even more faith BB10 will have a better chance at success. Apple is behind the curve! They literally announced technology other OS's have been using for some time. BB10, I am curious!

Other members chimed in with plenty of back and forth. While the die-hard BlackBerry users were quick to point out the flaws in Apple's new device and why BlackBerry 10 is still something to look forward to. Perhaps SK122387 summed it up as well as anyone could:

The iPhone 5 has some cool improvements ... but there was nothing mind blowingly cool ... Sales will obviously be huge. Multitasking is still that "in and out" that Thorsten Heins was talking about, which is painfully obvious if you're used to using a PlayBook, but also use an iPod touch running iOS5 like I do many times a day. iOS 6 looks like iOS5, which looks like iOS4 ... but I'd say RIM is in a pretty good position to be in, all things considered.

Yes, we are BlackBerry fans here, so we'll defend our device until we die. Along with the BlackBerry lovers however, even some current iPhone users weren't wowed by the new iPhone. The new device does have some new features, but overall the consensus is that it isn't a huge upgrade from the iPhone 4/4S. I think many iPhone users won't be making the trip to upgrade just yet. Take BerryGuy25 for example:

As an iPhone 4S user, personally I can say that I am not enthused at all. iPhone 5 did nothing for me and the biggest thing I wanted to know about was the battery but I doubt it's much because the device is so thin. I want a phone that's going to get through the day and my current device can't do that.

What's important here is that most of the members chiming in here are obviously BlackBerry fans. We wait and watch these events just like everyone else, and I think deep inside we actually hoped to not be amazed by what we saw. That way we know BB10 will still be flat out awesome. We know plenty of what's to come already, and having things like NFC, better screen resolution and all around awesome OS experience just makes things that much better.

A key thing as well is that RIM needs to take note from Apple and these events as well. As FlashFlare11 explains, RIM needs to be ready to rock when BlackBerry 10 hits the streets.

If RIM takes nothing else from Apple's announcement today, I hope they at least take this: Apple announced a phone today that will be available for pre-ordering 2 DAYS later, and will then go on sale ONE WEEK from then. This is what I want to really see RIM do: hype up their announcement of BB10, set one launch ... and make sure that customers will have a device in their hands no more than 3 weeks after the announcement.

No surprises, no expectations, not overwhelmed, not underwhelmed.

Swing by and drop a comment of your own, but please, keep it civil. Let us know why you want BB10 now more than ever.

Oh, and if you haven't already, watch this video.