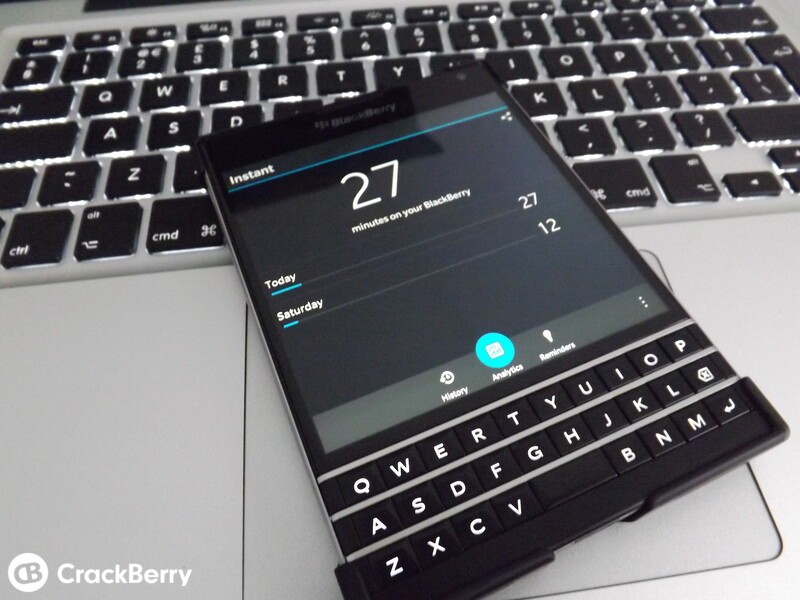 Back at the end of August (2014) we announced the launch of Instant for BlackBerry 10 - a simple, native application that tracks how much time you spend on your device. The developers have this week rolled out version 2.0 and with it brings a small but awesome selection of improvements, including support for the BlackBerry Passport and Classic.

If you think you're a true BlackBerry addict then Instant is the perfect way of finding out. With notifications via the BlackBerry Hub, which can be altered in the settings, it really does give you the ultimate insight into whether you are guilty of using your device too much. Or is there such a thing?

"Instant is designed to promote a balanced lifestyle. By tracking and limiting phone usage on a daily basis, more time can be spent on leisure activities and the people around you," says Shashwat Pradhan, BlackBerry Elite Developer and the Founder of Emberify.

Instant is priced at £1.50/$1.99 which may put off some folk, but I say it's money well worth spending. Just download it and let it do its job in the background.