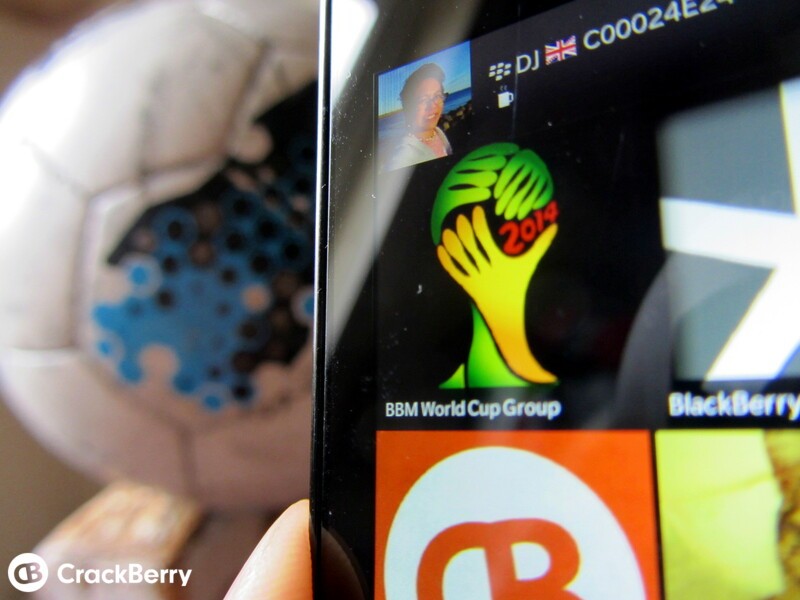 The World Cup for 2014 is now over. One month, 64 matches, 32 countries. Germany emerged as the world champions after beating Argentina 1-0 in the final. It's great to see the world come together when events like these happen. And if you're like me, you may have tweeted during every match you watched or you may have been part of a BBM Group dedicated to World Cup talk. Over the weekend, BlackBerry released an infographic on BBM usage during the all the World Cup matches played up until July 3rd, 2014.

Overall, BlackBerry looked at 36 countries' BBM usage and 30 of them had an increase in BBM usage during match time. Some as little as 2 percent, while countries saw a 40 percent increase.

Interestingly, the country with the highest BBM increase during match time was a country that wasn't even in the tournament this year. The hosts from 4 years ago, South Africa, topped this Football Fever graphic with an 83 percent increase in BBM usage during matches played in the World Cup. The U.K. came second with 61 percent and Portugal were third with 49 percent. Further down the list the percentage differences were not that much with Europe taking up most spots in this Top 10 list.

Were you part of the BBM Football Fever? Were you messaging your BBM contacts or participating within group chats during the World Cup? I know I was. Kind of sad to see it all over now. Share your thoughts in the comments.