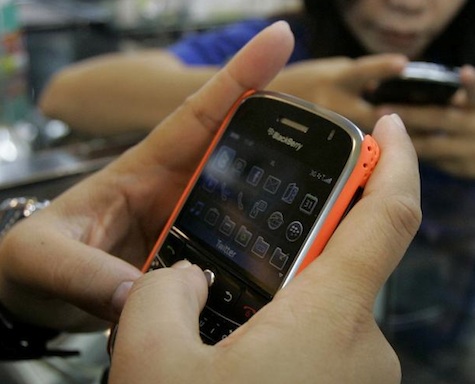 The Indonesia government is buzzing after RIM has opted to build a new server in Singapore and not Indonesia. The Indonesian Telecommunication Body is so outraged they are threatening to end BlackBerry Messenger use on all devices in the country. RIM made an agreement with the government back in September which called for the establishement of a new data center, and although the agreement didn't specify where it should be built, the Indonesia government felt it should have been in their country as they have the most BlackBerry users in Southeast Asia.

"Because RIM has not been cooperative, it is possible that we will soon end BIS (BlackBerry Internet Service) and BBM service. BlackBerry therefore, would just be like other cellular phones," BRTI member Heru Sutadi told The Jakarta Post on Friday.

Without the server in Indonesia, officials feel they cannot properly monitor the services to be sure they are secure. "With the condition as it is now, we warn that the country's users to be cautious about using BlackBerry because the data exchanged is not safe or cannot be guaranteed of its safety," he said. While it does seem unlikely that the government would stop the use of BBM over this, we'll see how it all pans out.

Source: Jakarta Post
NEVER GONNA GIVE YOU UP NEVER GONNA LET YOU DOWN