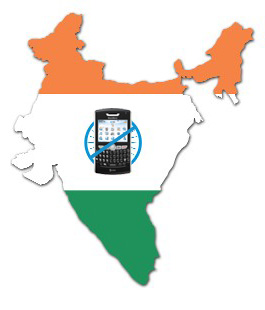 For all BlackBerry users over in India, it's time to hold your breath (but not for too long). Reports all over the web are surfacing that the Indian Government is demanding RIM either allows it to decrypt all emails or shut down the entire Indian Berry network at the end of this month. The Indian government wants to monitor all incoming and outgoing BlackBerry email in the country. That's pretty darn serious stuff!

RIM, carriers and government officials are due to meet shortly to try and hammer out a solution on the 14th. This looks like a sticky situation.

ISP's are concerned that if RIM complies with the demands, all encrypted wireless data will be open to spying, making ecommerce for all intents and purposes impossible.

This is going to be one interesting ride over the next few weeks. Since all BlackBerry traffic gets routed through Canadian NOCs first, this is going to have some international implications should RIM choose to comply.

Put on your boxing gloves RIM. It's go time.