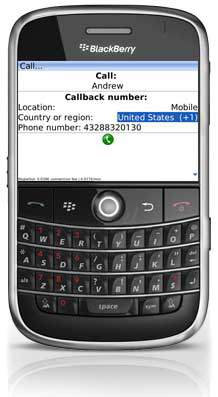 A few days ago Shape Services released an updated version of their IM+ Skype applicationt, this time around touting its offerings of free WiFi calling from your BlackBerry utilizing Skype. Given in the past applications like this have used a SkypeOut/SkypeIn call back feature users often found that while the calls were free, they were also using their minutes up when placing these calls. Not exactly my definition of free. I wanted true WiFi calling. No carrier connection just WiFi, which is what SHAPE claimed with this.

Quite honestly, it seems as though the BlackBerry platform is among the last to see this type of offering arrive. The iPhone has plenty of applications that can make use of VoIP and even the official Skype app for it, allows WiFi calling. Heck, I don't even have a SIM card in my iPhone and it still works for calls. Android is no exception there either, the Android marketplace has many apps in it that act the same way. Over time, I have heard many reasons as to why BlackBerry couldn't make use of this feature. Everything from it's a hardware issue right down to it being a security issue. All of which just sounded like rather half-arsed excuses to me. Here is a quick look at SHAPE services IM+ Skype offering, their latest offering promises free WiFi calling over VoIP and I put it to the test.

After having downloaded and installed the application, I was able to successfully set up my Skype account and log in. The set up process can be a little confusing at times as to what options it is that you should be choosing, but there is some great resources on the SHAPE site to assist. For the most part, as long as you know exactly what your Skype plan is and how you wish to make and receive calls then you should be pretty much set. The auto configuration process makes sure of that.

Given that I made mention of SkypeIn and SkyeOut services, this screen is part of the configuration process in how to avoid any of those charges or minute uses. For this case, I was only concerned with being able to use WiFi to make calls outbound free of charge. Other scenarios are going to be based on how you plan on using the services and which Skype plan, if any you are subscribed to.

With my Skype IM+ services all set up, carrier network disabled and WiFi turned on, I was able to successfully login to Skype as per normal and make calls direct from my BlackBerry using nothing but VoIP as well as chat with my contacts over WiFi. Call quality was not exactly perfect but it's what I have become used to as being "good" for Skype in the middle of the day. Skype IM+ does have a few things that users may not like though.

One point of concern maybe for some is that in order to speak to the other party you have to use a similar to "push to talk" method. For example, if I wish to speak, I have to hold down the a convenience key in order for my audio to go out. Otherwise, you'll just be talking and the other person will not hear you. Not that big of a deal but worth a mention for some who may not like that.

Overall, given the other options out there in the BlackBerry application space for apps that connect to Skype, I'd have to put Skype IM+ at the top. It does what it says. And if avoiding using your minutes or having to pay for each call via SkypeOut is a concern, it just might be worth the buy in price for you, especially if you have a Skype subscription. As it stands, Skype IM+ is available for $29.95 and there is a 7 day free trial available. Coupling this app with a Skype subscription, could be a money saving move in the longrun given the amount some carriers charge for roaming. If anyone is headed to Mobile World Congress, you can also visit SHAPE services there at stand 7A46, Hall 7.