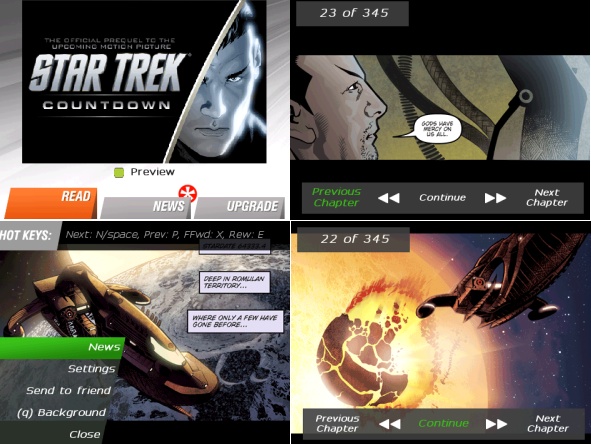 Now this is cool. IDW Publishing has announced they will be bringing some great comics to the BlackBerry platform. If you're a Star Trek, Transformers or G.I. Joe fan you'll certainly dig this news. And yes, it's ok to admit you like any of the three mentioned, my personal favs are Star Trek and Transformers. Right now, the first in the graphic novel series, Star Trek: Countdown is readily available in BlackBerry App World. Over the next few weeks, IDW Publishing which has teamed up with Sweet Ceaser will be rolling out new titles on a weekly basis.

“We’re excited to bring our comics line up to BlackBerry users,” stated Jeff Webber, IDW’s Director of ePublishing. “Each BlackBerry app collects an entire series into an individual graphic novel, and people can sample part of the story before they decide to purchase. With BlackBerry, we’ve expanded the audience for our digital comics to include users of one of the largest mobile platforms in the world.”

Each IDW comic features panel-by-panel viewing, scroll bar navigation and built in news feeds that keep you up to date with news from IDW publishing. Given that these are among the first releases, IDW Publishing is looking for feedback on their offerings, so if you download any be sure to share your experiences.