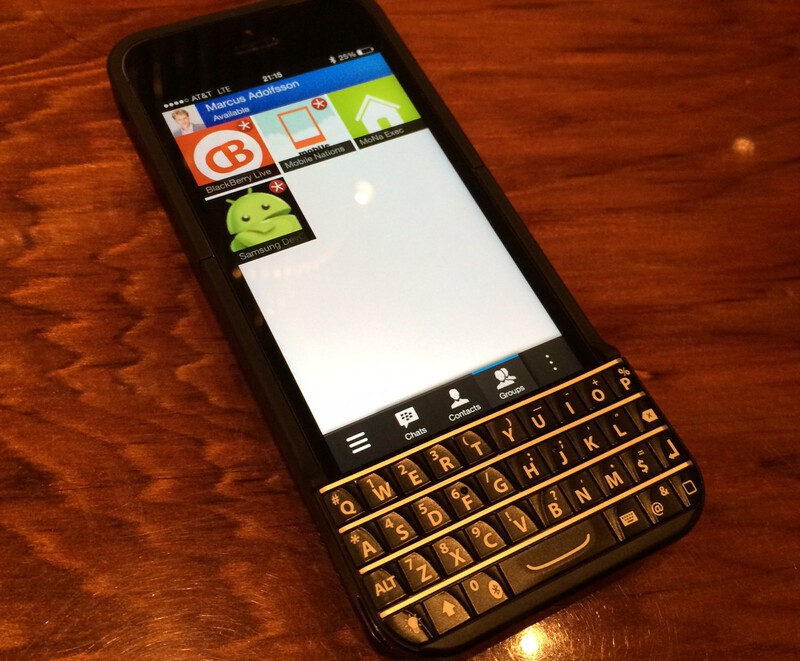 If you follow me on Instagram or Twitter, you've been seeing some of my updates as I put the BlackBerry-esque Typo keyboard for the iPhone to the test. Now it's time for a bigger update to the in-depth Typo review I posted previously.

In that review I noted that the build quality felt a little on the cheap side and that durability was something I had concerns about. It didn't take long for me to run into an issue. Less than 72 hours of use later (and that was really at 50% use as I've been dual-wheeling the Typo and my P'9982 all week), the E button quit working reliably on the Typo. You can see the evidence in the Instagram video below. Sometimes it still works, but more often than not it doesn't register a click.

Laurence Hallier, the founder of Typo, saw the Instagram post and was quick to follow up with me via email, letting me know that they had not to date experienced that with any of their units, and that he would send me a new one and a return envelope so I could send back my busted unit for them to examine.

From there, I followed up with some additional details on the way the E key was behaving, to which Laurence diagnosed the likely culprit as a broken click dome or (or it simply quit making contact).

Laurence also let us know they've been working on improvements to make the keyboard noise quieter. They just received another batch of 1,000 pre-production units which feature new silicon that makes for a quieter typing experience. Personally I don't mind a "clacky" keyboard, but Laurence says he's really liking the new units, so he's eager to get my feedback on them. Laurence also reiterated that he "got into this to build the best and fastest keyboard experience for iPhone and we continue to make improvements and adjustments to make sure our production units are perfect."

As for why I'm posting about an iPhone keyboard on a BlackBerry website? That's easy. Because it absolutely looks like a BlackBerry-made product. I'll circle back with another update once I log some finger mileage on the new Typo.

If you didn't catch my Typo video yet, be sure to watch it below.